Milton Snavely Hershey was born on September 13, 1857. He was a renowned American businessman, known as the chocolatier who founded The Hershey Company, manufacturer of the Hershey’s confectionary brand. He also pioneered the manufacture of caramel by using fresh milk. His business had become so successful that there is a company town in the U.S. named after him, the Hershey town in Pennsylvania. Hershey was also known for his philanthropic activities. He founded a boarding school for orphans and contributed a vast amount of his wealth to the development of the local community. Let’s celebrate his birthday by looking back at the life story of this amazing man.

Milton Snavely Hershey was born in Pennsylvania. He grew up in Derry Township alongside his parents, Henry Hershey and Veronica ‘Fanny’ Snavely. A man of German and Swiss descent, he was raised among Pennsylvania’s Mennonite community, speaking Pennsylvania Dutch as he grew up. Hershey had a younger sister, Sarena, who was born in April 1862 but passed away shortly after at four years old. They were a family of farmers and his father frequently left his wife and son for long periods. Hershey began attending school at six years old but didn’t continue past fourth grade. In 1871, young Hershey worked as an apprentice to Sam Ernst, a local printer who published a German-English newspaper. He was fired after he accidentally dropped his hat into one of the machines. Hershey’s father managed to convince Ernst to give him a second chance, but his mother and aunt, Mattie Snavely, wanted the boy to try learning how to make candy instead. Thus, in 1872, Hershey began his four-year apprenticeship with Joseph Royer, a confectioner in Lancaster, Pennsylvania. Hershey moved to Philadelphia in 1876 to start his first ever confectionery business.

He traveled to Denver and worked at a local confectioner, where he learned how to produce caramels using fresh milk. He also traveled to New Orleans and Chicago to seek more opportunities. In 1883, Hershey started his training at New York City’s candy and restaurant chain, Huyler’s, as he settled in the city. He also started his second business there, which only lasted for around three years.

Following this failure, Hershey went back to Lancaster. He borrowed money from the bank and started the Lancaster Caramel Company, using all the knowledge and experiences he’d gained from his previous travels. His business immediately became a huge success. A British customer even liked his candies so much that after tasting them, he placed a huge order to be delivered to Britain. The success of Lancaster Caramel Company not only allowed Hershey to pay off his debt but also allowed him to get more ingredients and equipment to experiment with. The company already had two factories with over 1,300 workers by the early 1890s. After visiting Chicago in 1893 to attend the World’s Columbian Exposition, Hershey discovered his interest in chocolate. He decided to sell his Lancaster Caramel Company in 1900 for one million dollars and start the Hershey Chocolate Company. He also acquired a farm approximately 30 miles to the northwest of Lancaster to procure his supplies of fresh milk. Chocolate was still a luxury product at the time. Hershey was determined to develop a milk chocolate formula for American consumers.

After numerous trials and errors, the first bar of Hershey’s chocolate bar was produced in 1900. He spent two years from 1903 to 1905 to construct the entire facility of his company. It was designed to deploy the latest mass production technique to manufacture chocolate. Hershey’s milk chocolate was the first-ever nationally marketed product of its kind. He developed the iconic Hershey’s kisses in 1907, followed by The Hershey’s Bar with almonds in 1908. With his support, the surrounding area of the factory and dairy farm soon had a whole infrastructure, houses, churches, and businesses built for the local community.

Hershey was married to Catherine Elizabeth ‘Kitty’ Sweeney on May 25, 1898. Because the couple had no children, they decided to establish the Hershey Industrial School in 1909 with a Deed of Trust. Including control of the company, he transferred most of his assets to the Milton Hershey School Trust fund in 1918, so that it could benefit the Industrial School. Hershey established the M. S. Hershey Foundation in 1935. It is known to this day as a private charity that provides both educational and cultural opportunities for the residents of Hershey. Among the foundation’s contribution to the community was the Hershey Museum, the Hershey Theatre, the Hershey Gardens, and the Hershey Community Archives. The entrepreneur also built a family cemetery in the city of Hershey, Pennsylvania, named Hershey Cemetery on Laudermilch Road. After his wife passed away on March 25, 1915, he moved her body to Hershey Cemetery in 1919. This was followed by the burial of his mother in March 1920 and the transfer of his father’s body to the same place in 1930. Hershey passed away due to pneumonia on October 13, 1945, in Hershey Hospital at 88 years old. He was buried right next to his wife’s grave. After his passing, the school that he established was renamed Milton Hershey School in 1951. As of 2020, the school has accommodated more than 2,000 students.

Hershey begins his study under confectioner Royer in Lancaster, Pennsylvania.

Hershey moves to Philadelphia and starts his first confectionery business.

Following the failure of his previous business, Hershey starts the Lancaster Caramel Company which quickly becomes a huge success.

Hershey and his wife establish the Hershey Industrial School for the local orphans.

End of the Journey

Pneumonia claims his life and he is buried in Hershey Cemetery beside his wife.

Why We Love Milton S. Hershey

Where did Hershey’s wife come from?

Sweeney was an Irish-American who hailed from Jamestown, New York.

Who inherited the Hershey fortune?

Since his asset transfer in 1918, the Hershey Company has been run by the Milton Hershey School Trust fund, now known as the Hershey Trust Company.

Which one is bigger, Hershey's or Mars?

Hershey’s remains the leading chocolate manufacturer with the biggest market share in the United States as of 2018. However, they only hold a small advantage over Mars. 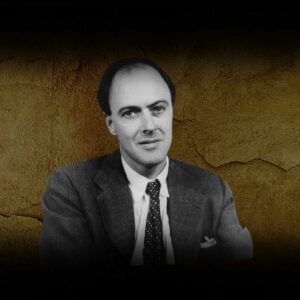 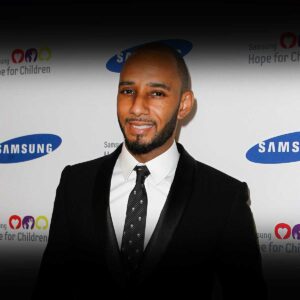