Lionel Andrés Messi was born on June 24, 1987. He’s a professional soccer player. Messi is the captain of Argentina’s National team. He played as a forward for F.C. Barcelona and now plays for Paris Saint-Germain. Messi is one of the greatest footballers of all time. He’s the only player in history to win seven F.I.F.A. Ballons d’Or and six European Golden Shoes. Messi has set global records throughout his career. He’s scored the most goals in La Liga. Let’s celebrate him today.

Lionel Andrés Messi was born in Rosario, Argentina. He is an Argentinian soccer player who plays forward for Paris Saint-Germain and the Argentina National Team. Messi formerly played for F.C. Barcelona. He began playing soccer at a young age, and his talent was instantly recognized. At 11, Messi was diagnosed with Growth Hormone Deficiency, a condition that stunted growth. He required expensive medical treatment. River Plate, his local team, was interested in signing him. However, they were unwilling to pay for his medical treatment. F.C. Barcelona gave him a trial. The coach was so impressed by Messi that he proposed a contract that included paying for his therapy in Spain. Messi moved to Barcelona with his father and joined the prestigious F.C. Barcelona Youth Academy.

Messi progressed through the ranks and debuted in the 2004/2005 season. He became the youngest player to score a league goal. In 2006, he was part of the double-winning team that won the La Liga and Champions League. By the next season (2006 to 2007), 20-year-old Messi was the first-choice striker and an essential part of Barcelona’s team. He scored 14 goals in 26 league games. In 2006, he played in the World Cup for Argentina, becoming the country’s youngest player to do so. Messi earned an Olympic gold medal in football for Argentina in the 2008 Beijing Olympics. As the seasons went by, Messi kept improving and breaking his records. In 2012, Messi broke the all-time world record for most goals scored in a calendar year. At the end of 2012, Messi turned down a lucrative offer to play for an unnamed Russian side because he was unsure he would be playing in major European championships. Instead, he signed a contract with Barcelona to remain till the end of 2018. Messi expressed his allegiance to Barcelona when asked about a move to the English Premier League.

In 2021, he moved to Paris-Saint Germain as F.C. Barcelona could not afford to renew his contract. This free transfer shocked the world. Messi is one of the most exciting players of our time. He dribbles and takes on opponents like no one else. “I’ve seen great players in my career, but I’ve never seen anyone with Messi’s ball control. The ball stays attached to his foot,” Maradona said of Messi’s ball control.

Messi married Antonella Roccuzzo, his longtime sweetheart, on June 30, 2017. The couple has three children together ― Thiago, Mateo, and Ciro.
Messi first met Roccuzzo in their hometown, Rosario, when he was five years old. “Clarín” called their civil wedding the ‘wedding of the century.’ It took place at a fancy hotel in Rosario. Colombian pop sensation, Shakira, and famous soccer players were in attendance.

Messi makes his debut in a friendly against Porto at 16.

Messi wins the La Liga title for the first time.

Why We Love Lionel Messi

His favorite things outside of football are sleeping, eating, and PlayStation.

What is Messi’s favorite food?

His favorite food Is Milanesa Napolitana.

He is not strictly vegan. Messi is vegetarian only during the football season.

What is Lionel Messe’s full name?

His full name is Lionel Andrés Messi, although most fans refer to him as Leo Messi or simply as Messi.

Where is Messi from?

Messi was born and raised in Rosario, the largest city in the Argentine province of Santa Fe, before he and his family relocated to Barcelona when he was 13. 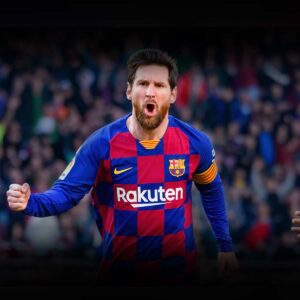 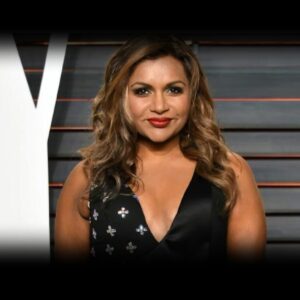