Kylie Kristen Jenner was born on August 10, 1997, in Los Angeles, California, the United States. Her parent, Caitlyn Jenner, formerly William Bruce Jenner, who came out as a transwoman in 2015, is an Olympic decathlete champion, while her mother, Kris Jenner, is a well-known T.V. personality and businesswoman. Jenner is a young businesswoman, socialite, model, influencer, and media personality. She appeared on the reality show, “Keeping Up With The Kardashians” (2007 to 2021), which showed the daily life of her family, and also starred her famous half-sister, Kim. “Forbes” magazine deemed her the world’s youngest self-made billionaire with a net worth of $1 billion at 21. She is also the second most followed person on the social media platform, Instagram.

Kylie Kristen Jenner is an American businesswoman, socialite, model, influencer, and media personality. She gained prominence with the superhit reality show “Keeping Up With The Kardashians,” which broadcast the family’s daily life and starred her three half-sisters. The show was aired on the E! channel. In 2012, when she was 14, she collaborated with a clothing brand, PacSun, along with her sister Kendall, for a clothing line, Kendall & Kylie. In 2015, she launched her brand of cosmetics, Kylie Lip Kits, which was renamed Kylie Cosmetics the following year. She also released a mobile app that reached number one on the iTunes App Store.

In 2014 and 2015, “Time” magazine listed the Jenner sisters on its list of the Most Influential Teenagers in the World, citing their considerable influence among young people on social media. In 2017, she was placed on the “Forbes” Celebrity 100 list, making her the youngest person ever to be included. She also had her series, “Life of Kylie,” air on E! in August 2017. As of October 2022, with over 371 million followers, she became the second most followed person on Instagram. Jenner is in a relationship with Travis Scott and has two children.

According to “Forbes” magazine, her net worth is estimated at $1 billion, which made her, at the age of 21, the youngest billionaire in the world. She was named the Most Powerful Celebrity in the Fashion Industry by the “New York Post” in November 2018. However, the notion of her being self-made is a topic of controversy due to her privileged upbringing. In May 2020, “Forbes” released a report, accusing Jenner and her mother of forging documents regarding her net worth and profits from her make-up line. According to the magazine, they used fake tax documents to earn the title.

She starts her career with the T.V. show, "Keeping Up With The Kardashians."

The Jenner sisters announce their clothing line, Kendall & Kylie, with PacSun in February.

Her line of cosmetics, Kylie Lip Kits, makes its debut and to this day, is doing very well with new product launches.

She is a Billionaire

At just 21, she is worth $1 billion, and her cosmetics company values at $900 million, making her the youngest self-made billionaire.

She Expands Her Venture

She expands her beauty empire even further by venturing into the skin-care division with her new skincare line, Kylie Skin.

Why We Love Kylie Jenner

Is Jenner married to Scott?

They’re in a relationship but not married.

How did Jenner and Scott meet?

Scott and Jenner started dating in 2017 after meeting at Coachella.

For how long did Jenner know Scott before she got pregnant?

Jenner admits she became pregnant with Scott just one month after meeting him at Coachella 10 months before their daughter Stormi was born. 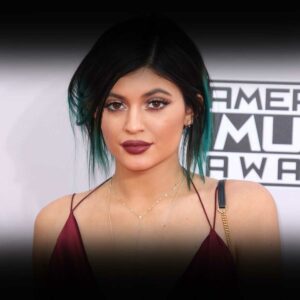