Bandana Day is observed on the last Friday in October, falling on October 27 this year, to celebrate people suffering from cancer by raising awareness and support for all those wh0 wear the accessory. Why bandanas? Chemotherapy and powerful anti-cancer drugs cause serious hair loss, and many patients turn to alternative means of covering their heads, commonly including bandanas.

People believe the word ‘bandana’ comes from the Hindi word ‘Badhnati’ or ‘Badnahati,’ which means ‘to tie.’ Its history begins in South Asia and the Middle East, in the late 17th century. With an increase in trade with the Far East by the 18th century, the bandana came to the West and took off. The Dutch East India Company imported cashmere bandanas, which were a huge hit with the women. More demand raised the prices until only the upper classes could afford them. Soon, England and Scotland got into the business, producing their own shawl-like bandanas. When they reached Portugal, they were renamed ‘bandanoe,’ before finally coming to be known as ‘bandana.’ The patterns also changed over the years with each culture and country it was introduced into.

As for America, they became enamored with the bandana because of George Washington’s wife, Martha. At an accidental meeting with revolutionary printmaker, John Hewson, Martha showed him drawings of militia flags and cannons, hoping he could print them. The next year, the Washingtons received an unexpected parcel from Hewson. In it was a picture of General Washington on horseback, printed on fabric. Thus, the bandana came to American colonies. Since then, the bandana has been used for political causes, and later, a multitude of social and personal causes, including as a visual symbol for many cancer patients undergoing chemotherapy.

‘Hair adverse events,’ as medical professionals call it, are a very common side-effect of cancer treatments and can also affect the quality of life. Patients young and old have shown psychological and psychosocial reactions when faced with hair loss. Surveys on cancer patients ranked hair loss as the most traumatic effect of chemotherapy, and about 8% of the patients said they would avoid chemo completely if they could, on account of the hair loss alone. Children also tend to suffer social isolation as a result of hair loss. Out of this reality, a light shines. Bandanas have come to their rescue, providing protection to the scalp and brightening their look (and day) just a little.

The history and origin of Bandana Day are still unclear, although it is thought to be the brainchild of an Australian welfare fundraising organization called CanTeen. They organize a yearly Bandana Day to raise awareness and encourage support for young people living with cancer.

Martha Washington introduces the bandana to America after she commissions a print of her husband, George Washington, from famous printer John Hewson — it is created, but on fabric!

Bandanas as a Fashion Statement

Women use bandanas to tie their hair back and keep it from becoming disheveled in the blowing wind.

President Dwight D. Eisenhower prints his campaign slogan — ‘Win with Ike for President’ — on bandanas, and distributes them to the public.

Bandanas are used as a secret code to identify people in the queer community.

Musicians and their Bandanas

Musicians across genres like rock, country, and hip hop — Willie Nelson and Tupac, to name a few — create signature bandanas.

Why do cancer patients wear bandanas?

After losing a lot of hair — a common side effect of the treatments and drugs given — cancer patients discover that cloth coverings like bandanas are the most comfortable and versatile to keep the head warm.

What percentage of chemo patients lose their hair?

Around 65% of people suffering from cancer experience chemotherapy-induced hair loss, which is usually reversible after the therapy.

What is a bandana?

Bright-colored printed scarves for the neck or head. They originally referred to a variety of clothes in bright colors, produced through tying and dying techniques.

What does a black bandana mean?

Black bandanas are associated with gangs like Black Gangster Disciples, Vice Lords, Latin Kings, and 18th Street, who also wear other colors or combinations of bandanas, as a symbol of membership.

How To Observe Bandana Day

Why Bandana Day is Important 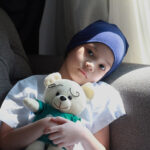 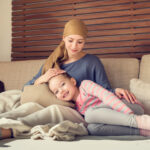 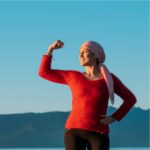