Over the centuries, the world has seen new boundaries, new frontiers, and new challenges. Alliances were made and broken. Wars broke out. People committed unspeakable acts against fellow men, women, and children. The world felt the need for international justice.

Out of this need arose the Nuremberg trials, which many regard as a milestone in establishing a permanent international court. A series of 13 trials were carried out in Nuremberg, Germany, after the Second World War to bring Nazi war criminals to justice. The defendants — among them Nazi Party officials and high-ranking military officers, German industrialists, lawyers, and doctors — were indicted on charges of crimes against peace and crimes against humanity. One of the first times anyone had been prosecuted for crimes against humanity, the Nuremberg trials were controversial at the time. Another landmark trial around the same time — known as the Tokyo Trial or the Tokyo War Crimes Tribunal and, formally, as the International Military Tribunal for the Far East — tried and convicted leaders of the Empire of Japan for joint conspiracy to start and wage war, conventional war crimes, and crimes against humanity.

A treaty to prosecute those accused of serious crimes internationally was proposed before a diplomatic conference in Rome, Italy, on July 17, 1998, in front of the United Nations. Adopted as the Rome Statute by 120 states, this treaty led to the establishment of the International Criminal Court (ICC) in 2002. The ICC is a permanent court that that can investigate and prosecute people suspected of committing genocide, crimes against humanity, war crimes and (since 2018) the crime of aggression in situations where national authorities are unable or unwilling to act genuinely. The ICC cannot, however, replace national courts. At a review Conference of the Rome Statute held in Kampala (Uganda) in 2010, the Assembly of State Parties decided to celebrate the day they adopted the treaty — June 17 — as the World Day for International Justice.

An International Military Tribunal for the Far East (IMTFE) is created in Tokyo, Japan, to punish major war criminals in the Far East.

The Rome Statute is Ratified

The Assembly of State Parties decide to celebrate the day the Rome Statute was adopted as the World Day for International Justice.

The ICC's First Conviction and Sentencing

Congolese criminal warlord, Thomas Lubanga Dyilo, is the first person to be convicted and sentenced by the ICC — he is sentenced to 14 years in prison.

What are the 11 crimes against humanity?

Some of the crimes against humanity entail extermination; murder; enslavement; torture; unfair imprisonment; rape; forced abortions and other sexual violence; persecution on political, religious, racial, and gender grounds; the forcible transfer of populations; the enforced disappearance of persons; and the inhumane act of knowingly causing prolonged starvation.

What is the international justice system?

International justice means ensuring accountability for some of the most serious crimes: genocide, crimes against humanity, war crimes, torture, and enforced disappearances.

Is the ICC part of the UN?

No, the ICC is not part of the UN. The Court was established by the Rome Statute. This treaty was negotiated within the UN; however, it created an independent judicial body distinct from the UN. The Rome Statute was the outcome of a long process of consideration of the question of international criminal law within the UN.

How to Observe World Day for International Justice

5 Facts About The International Criminal Court

Why World Day for International Justice is Important 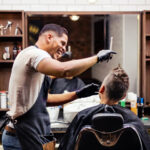 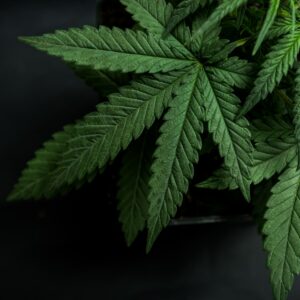