October is observed as National Clergy Appreciation Month (also known as Pastor Appreciation Month), and Pastor Appreciation Day — a day set aside within the month to celebrate pastors — is October 8 this year. The month recognizes the contributions and services of pastors, priests, reverends, ministers, and all other clergymen. Devotees, on Pastor Appreciation Day, come together to express their gratitude to pastors and other staff of the church. Many congregations observe the day by taking up a special offering to bless their pastors. Others may show their gratitude through different means such as honoring their pastors with meals, gifts, and even paid vacations.

For a long time (since 1992, precisely), October has been observed as Clergy Appreciation Month in the U.S. The call to honor our church leaders’ contributions goes back to the time of Apostle Paul. As founder of many of the first Christian churches, Paul enjoined the congregation to give ‘double honor’ to the elders who managed the affairs of the church. He was especially concerned about honoring “those whose work is preaching and teaching.” Paul the apostle also entreated Christian communities to acknowledge those “who work hard among you, who care for you in the Lord, and who admonish you.” He believed that holding these spiritual leaders “in the highest regard in love because of their work” is crucial to Christian beliefs.

Even though clergymen had enjoyed special standing in their parishes, it wasn’t until 1992 that Focus on the Family, an American Christian organization, would begin promoting Clergy Appreciation Month as a national month of observance. In highlighting Clergy Appreciation Month, Focus on the Family urged that there be a national celebration of the clergymen, who play important roles in the functioning of the Church.

The oldest known painting of Jesus is discovered in Syria, in 235 A.D.

The trial of Galileo highlights the tense relationship between religion and science.

Is there a Pastor's Wife Appreciation Day?

March of every year is celebrated as Pastor’s Wife Appreciation Month. An entire month dedicated to honoring the wives of men in ministry.

What can I say to encourage my pastor?

To encourage your pastor, you can appreciate their labor with a simple thank-you; you can share with them what you learned from their sermon; you can offer to help with house chores.

Who came up with Pastor Appreciation Month?

Jerry Frear helped start the pastor recognition observances by leading the Focus on the Family ministry that served pastors.

How To Observe Pastor Appreciation Day

5 Facts About Christianity That Will Blow Your Mind

Why Pastor Appreciation Day Is Important 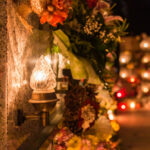 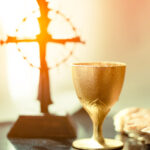