Your kitty has questions and January 22 is the day to be answering them, hence it is known as Answer Your Cat’s Questions Day. What child hasn’t promised their cat that if they just reveal they can speak, they’ll keep the secret? On this special day, we’re listening to each meow and trying to understand just what that cat is getting at – we just wish they had speech bubbles above their head like Garfield!

Though there is some discrepancy over when the first wildcats were domesticated, people in the Near East were definitely living with housecats by 7500 BC, and by the 19th century, we were developing different breeds of cats.

In Ancient Egypt, cats were more than just friends – they were used for social and religious practices, and considered beloved and holy housepets. Cats were so revered they were mummified with the same dignity as humans. Besides that, many of the Egyptian gods had heads of cats and bodies of humans – you can’t get much closer than that!

While the Ancient Egyptians highly valued cats for their ability to kill venomous snakes, Europeans valued them for their rat and other pest control skills. Cats were passed along by traders from the Romans to the British to the Vikings, where they eventually stamped their passports and headed out to the “New World” with the explorers.

The Middle Ages were a dark mark on cats’ collective record, with rulers at the time believing cats to be the cause of the Black Death that ravaged Europe. Little did they know, cats were more likely to keep the population of rats and fleas in check. Nevertheless, the damage to their reputation was done, and cats wouldn’t restore their public image until the 15th and 16th centuries when they were welcomed aboard ships to keep pests away. It’s often speculated that cats were aboard Christopher Columbus’ ship, and our feline friends disembarked and flourished in America.

Today, we love cats for so much more than their ability to reduce the rat population – so much so that we dedicate a whole day just to pondering what each meow and purr might mean. By 1993, cats outnumbered dogs as the most popular house pets in the nation, and they’re appreciated today for their curiosity, independence, intelligence – and for all their many, many questions.

Humans have historically loved cats, and memes make it clear nothing has changed. In December 2014, the “Grumpy Cat” page on Facebook hit 7 million likes.

Though dogs had historically been the pets of choice for pet owners in the United States, 1993 saw the first time cats outnumbered dogs as housepets.

Many 1300s European households had cats, but when the rulers during the plague believed cats to be the source of the devastating illness, many cats were cast out or killed. If only they knew cats were keeping the rat population in check and staving off the disease!

Analysis of ancient cat DNA suggests that the first cats actually domesticated themselves, as they reaped benefits from coexisting with humans!

When is Answer Your Cat’s Questions Day celebrated?

Every year on January 22nd.

Are there other cat-related holidays?

Where is Answer Your Cat’s Questions Day observed?

5 Questions Your Cat May Be Asking

Why We Love National Answer Your Cat's Questions Day 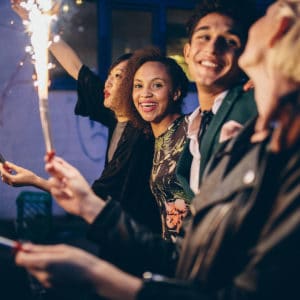 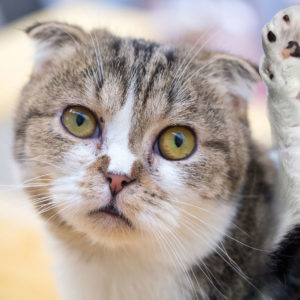