Roe vs. Wade Day is celebrated on January 22, the anniversary of the court case that gave women agency over their bodies. The U.S. Supreme Court made a ruling that legalized abortion throughout the country, with variations from state to state depending on the length of the pregnancy.

No matter what your opinion is on the controversial abortion debate, Roe vs. Wade Day marked a pivotal turn in U.S. history. The anniversary of the landmark court decision is celebrated by people everywhere, especially by women.

Unfortunately, on Friday, June 24, 2022, the U.S. Supreme Court overturned Roe v. Wade, the landmark piece of legislation that made access to an abortion a federal right in the United States. The decision dismantled 50 years of legal protection and paved the way for individual states to curtail or outright ban abortion rights.

History of Roe vs. Wade Day

In 1969, a 21-year-old woman named Norma McCorvey discovered she was pregnant with her third child. Norma wanted to abort the child but faced difficulties due to Texas laws. At first, she wanted to follow the advice of some friends who told her to claim the pregnancy was as a result of rape, believing that Texas law allowed abortion in cases of rape. However, at the time, Texas laws only allowed abortions if it could save the life of the mother. She also attempted to get an illegal abortion, but the facility had been closed down by the police. The frustrations Norma faced are reminiscent of the lack of agency women had over their bodies before the Roe vs. Wade case, where women had to lie or break the law to have a choice in whether to keep an unwanted baby.

Norma went to two attorneys, Linda Coffee and Sarah Weddington, for help. In 1970, the attorneys filed a suit on behalf of Norma, under the alias ‘Jane Roe.’ After the first round of arguments, all seven justices of the court agreed that the law should be struck down, but on varying grounds.

However, Justice Harry Blackmun proposed that the case be reargued, and on October 11, 1972, the case was again argued before the Supreme Court with Dallas County District Attorney, Henry Wade, as the defendant. On January 22, 1973, the Supreme Court issued a decision holding that women in the U.S. had a right to choose whether to have abortions without excessive government restriction. The Texas abortion ban was struck down as unconstitutional and an invasion of the right to privacy. Unfortunately, the case dragged on for so long that Norma McCorvey gave birth and the child was put up for adoption.

Connecticut is the first state to pass a statute criminalizing abortion.

Abortion is Legalized in California

Because of the California Therapeutic Abortion Act of 1967, women can travel to California to obtain legal abortions.

In June, McCorvey, the woman on whose behalf the Roe vs. Wade case is fought, discovers she is pregnant.

Pivoting off the arguments of Roe vs. Wade, the case focuses on the undue burden of the spousal consent requirement for abortion in Pennsylvania.

What is the National Sanctity of Human Life Day?

On January 13, 1984, President Ronald Reagan issued a presidential proclamation declaring January 22, the anniversary of Roe vs. Wade, as National Sanctity of Human Life Day. The day is observed by anti-abortion advocates.

What was the first state to legalize abortion before Roe v Wade?

In 1970, Hawaii became the first state to legalize abortion, although only for the state’s residents. Also in 1970 New York legalized abortion, with no residency requirement. By the time Roe vs. Wade took place in 1973, abortion was also legally available in Alaska and Washington

What was the outcome of Planned Parenthood vs. Roe?

In Planned Parenthood vs. Casey (1992), the court rejected Roe’s trimester framework while affirming its position that a woman has a right to abortion until fetal viability.

How to ObserveRoe vs. Wade Day

Why Roe vs. Wade Day is Important 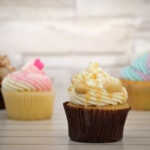 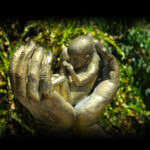 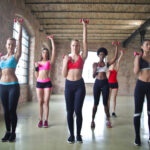