Drive Your Corvette to Work Day is celebrated every year on the Friday that is closest to June 30 the day the first Corvette was produced — this year it falls on June 30. The first 300 Corvettes were all Polo White convertibles with black canvas tops and red interiors and produced at the facility in Flint. Since then, millions of Corvettes have been produced. This day is perfect to travel in style to work in your precious Corvette.

History of Drive Your Corvette to Work Day

The Corvette has been in existence since the early 1950s and years after the first car was rolled out, it still remains a favorite for speed and acceleration. People mostly drive Corvettes on beautiful days for a joy ride. To change this, this day was started by Mike Yager, the founder of Mid America Motorworks, in 2001. He started this tradition to have as many Corvettes on the road that day to celebrate the birth anniversary of the car and transform the everyday work commute into an ode to America’s sports car.

Mike Yager was quoted saying, “We understand why many owners consider their Corvette to be a special car and only drive it occasionally but we think driving your Corvette to work, at least one day a year, is an excellent way to demonstrate just how popular Corvettes are. And it is a chance for Corvette owners to meet new Corvette owners.”

The Corvette was christened by Chevrolet’s photographer, Myron Scott. He opened a dictionary to find a word starting with ‘C,’ to get a name with an alliterative effect. He chanced upon ‘corvette,’ which is a name for a small, fast, and easy-to-maneuver warship.

To add to the Corvette’s popularity, the car has also starred in a popular TV show from the 1960s called “Route 66.” It followed the journey of two people in their 20s traveling cross-country in a Chevy Corvette. General Motors supplied a new Corvette for each season of the show, which aired from 1960 to 1964. The show also found a place in the Corvette fan club magazine.

Over the years, the car has only become more desired and holds a special place in people’s hearts. On this day, grab the opportunity to bring your Corvette out on the road and share the love.

The first Corvette is produced.

Corvette’s start being produced in Bowling Green, Kentucky, where the National Corvette Museum also is located.

The original facility in Flint where the Corvettes were produced is demolished.

The third Corvette produced gets sold for a whopping $1.06 million.

How many miles do Corvettes last?

What have been some of the most reliable Corvette engines?

What have been some most wanted Corvettes?

5 Interesting Facts About Corvettes That You Probably Missed

Why We Love Drive Your Corvette to Work Day 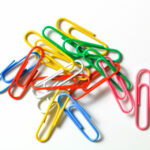 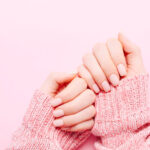