The third president of the U.S., Thomas Jefferson, was born on April 13, 1743, in Virginia. He was an author, lawyer, philosopher, inventor, architect, diplomat, archaeologist, and statesman. He was a man who made history by participating in the declaration of independence of the U.S. He had a successful political career holding various positions as Legislator and Governor of the state of Virginia, a member of Congress, Minister of France, Secretary of State, and Vice Presidential Candidate before serving as president from 1801 to 1809.

The apostle of Democracy, The man of the people, Sage of Monticello.

Thomas Jefferson was born on April 13, 1743, in Shadwell, Virginia. His parents were Petter Jefferson and Jane Randolph, both owners of the Shadwell plantation and he was the third of 10 children. His zodiac sign was Aries and he professed deism. From a very young age, he was a man dedicated to his academic training, when he was only 9 years old he decided to learn Latin, Greek, and French while studying at school. Jefferson was a very literate man, he trained approximately 15 hours a day in areas of study such as history, science, and mathematics, among others. His dedication to his studies led him to be one of the most outstanding students and to graduate with high honors from the university. After completing university studies, he passed a test that allowed him to be admitted as a Virginia lawyer in 1767.

His profession as a lawyer was remarkable, he managed to have a hundred clients and the great development of his work led him to become the delegate for Virginia for the Second Continental Congress in 1755. There he managed to obtain important work by being assigned along with Benjamin Franklin, John Adams, Robert R Livingston, and Roger Sherman to be in charge of editing a declaration of independence, which was presented by Richard Henry Lee on July 2, 1776, and on July 4 was approved. After this, Jefferson’s political career was on the rise and he eventually made it to serve as President of the U.S. between 1801 and 1809.

After finishing his presidential term, he served as the father of the University of Virginia after founding it in 1819, it had an impact since it was one of the first institutions of higher education that were not under the ecclesiastical influence, as evidenced by the design of the university, since in the center of the campus there is a library and not a church. However, dedicating his life to the political and social field did not prevent him from living a full and happy personal life. In 1772 Jefferson married Martha Wayles, a woman with whom he had six children. But although they lived a beautiful love story, it was very short because in 1782 Martha died after giving birth to her last child. Thomas decided to live a life as a widower after this, and he never remarried. Thomas died on July 4, 1826.

The Most Important Exam

Jefferson was always an excellent student, however, the exam he took with George Wythe, the first U.S. law professor was decisive for him to obtain his degree as a lawyer.

In the company of Benjamin Franklin, John Adams, Robert Livingston, and Roger Sherman, he wrote the declaration of independence.

The First Secretary of State

During George Washington's legislative period, Jefferson was his first Secretary of State.

Upon becoming president, Jefferson made historic changes and created the U.S. Military Academy in West Point.

Jefferson inaugurated the University of Virginia, the first in the country to provide an elective course program.

Why We Love Thomas Jefferson

Why didn’t Jefferson remarry after his wife’s death?

His wife’s death left him distraught and he chose not to remarry.

What did Jefferson die of?

The actual course of death has never been determined but he did suffer from several physical ailments.

He was a person who dressed very casually, in fact, once he almost created an international problem by insulting the British ambassador after receiving him in casual clothes. 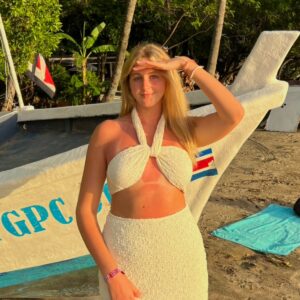 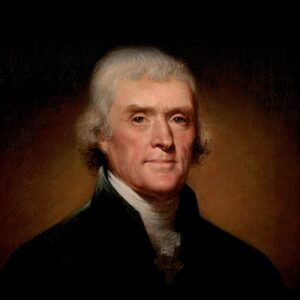