Patrick Stump, born on April 27, 1984, is an American musician. He is well-known for being the frontman of the band, Fall Out Boy, and he is also a brilliant songwriter. Stump found early success when he formed his band with fellow mates Pete Wentz and Joe Trohman, who created seven studio albums to date. In 2012, Stump decided to go solo and released an album of his own. He continues to do amazing work in the entertainment industry.

Patrick Stump is one of the most influential musicians of the early 2000s. He was raised in Glenview, Illinois, and lived with his father, a folk singer, and his mother, an accountant. His parents separated when he was eight years old. Early in his profession, Stump played for numerous rock bands as a drummer, and in 2001 he met Joe Trohman, Fall Out Boy’s founding guitarist. In 2003, the band released their first studio album titled “Take This to Your Grave.”

Stump had his first mainstream breakthrough in 2005, with the album titled “From Under the Cork Tree,” which was certified double-platinum and sold over 2.5 million copies. In 2009, the band opened for the return of the chart-topping group, “Blink 182.” That same year, the band took a break and only got back together in 2013 when they announced an album and tour.

Between the years 2010 and 2012, Stump created a solo studio album called “Soul Punk” and performed some songs from the album at SXSW 2010 in Austin, Texas. Other than serving as Fall Out Boy’s frontman, Stump has also done work within the film industry, both acting and composing music. His most notable role was in the comedy-skit show “Saturday Night Live” as a co-host. His personal life is quite private, however, it is known that he married his long-time girlfriend, Elisa Yao, in 2012. They have also welcomed two beautiful children.

Stump is Approached to Start a Band

Joe Trohman approaches him to create the band, Fall Out Boy.

Stump and his bandmates release their first major studio album.

Fall Out Boy’s third studio album, titled “Infinity on High,” debuts at number one on the Billboard 200 chart.

Stump takes a break from the band and releases a solo studio album, “Soul Punk.”

He creates the theme song and composes the music for Disney’s “Spidey and His Amazing Friends.”

Why We Love Patrick Stump

Does Patrick Stump have tattoos?

No, Stump does not have any tattoos.

What episode of “Star vs. The Forces of Evil” is Patrick Stump in?

Stump voices a character in the episode ‘Face The Music.’

Is Fall Out Boy still together? 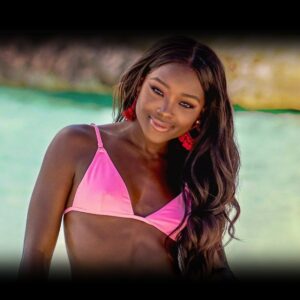