James Baldwin was born on August 2, 1924. He was an American essayist, writer, and dramatist. His eloquence and passion on the subject of race in America made him a powerful voice, especially in the late 1950s and early 1960s in the United States, and later in most of Western Europe. He received distinction as a writer in a variety of mediums, including essays, novels, plays, and poems. “Go Tell It on the Mountain,” his debut novel, was published in 1953, and “Time” magazine named it one of the 100 finest English-language novels produced between 1923 and 2005. Baldwin has made an impact and deserves to be celebrated.

James Baldwin, a playwright and novelist, was born in Harlem, New York on August 2, 1924. Baldwin, one of the greatest writers of the 20th century, pioneered the investigation of racial and social concerns in his various writings. His works on the African-American experience in America were particularly well-known. Baldwin was born to Emma Jones, a single mother who kept his biological father a secret. Baldwin showed a talent for writing during his school years and established a liking for reading at a young age. He went to DeWitt Clinton High School in the Bronx, where he worked with future famous photographer Richard Avedon on the school’s magazine. Baldwin’s early work demonstrated an understanding of sophisticated literary strategies for a writer of such a young age, and he published numerous poems, short tales, and plays in the magazine. He had to put his ambitions for college on hold after graduating from high school in 1942 to help support his family, which included seven younger children. Because he was African American, Baldwin faced a lot of discrimination during this time.

Baldwin’s father died on July 29, 1943. Baldwin quickly relocated to Greenwich Village, a prominent hangout for artists and writers in New York City. Baldwin worked odd jobs to support himself as he worked on his manuscript. “Go Tell It on the Mountain,” Baldwin’s first novel, was released in 1953. The loosely autobiographical novel revolved around the life of a young man growing up in Harlem who struggled with a difficult father and his faith. Baldwin’s second novel, “Giovanni’s Room,” was released in 1956. It presented the narrative of an American living in Paris and was groundbreaking in its representation of homosexuality, which was forbidden at the time. Other societal themes addressed by Baldwin include interracial relationships in “Another Country” (1962) and homosexuality in “Just Above My Head” (1979). Baldwin was outspoken about his homosexuality and his male and female relationships. When asked if being gay was an anomaly, the author stated in a 1969 interview that such ideas indicated narrowness and stagnation. More of his compositions, such as “The Fire Next Time” (1963), “Blues for Mister Charlie” (1964), and “Tell Me How Long the Train’s Been Gone” (1968) dealt with racial concerns.

Baldwin appeared dejected about the racial conditions by the early 1970s. He had seen so much racial violence in the previous decade, particularly the assassinations of Evers, Malcolm X, and Martin Luther King Jr. This disappointment was reflected in his writing, which took on a more harsh tone than in previous works. Around this time, he was also working to adapt Alex Haley’s “The Autobiography of Malcolm X” for the big screen. In his later years, his literary renown waned a little. “The Evidence of Things Not Seen,” a book on the Atlanta child killings, was published in 1985. He taught at the University of Massachusetts at Amherst and Hampshire College in the years leading up to his death. Baldwin died in his house in St. Paul de Vence, France, on December 1, 1987. Baldwin considered his role as bearing “witness to the truth,” rather than being a speaker or a leader. He was able to attain this goal because of his illustrious literary legacy.

He moves to a little village in Switzerland to finish his first novel, "Go Tell It on the Mountain," an autobiographical work about growing up in Harlem.

He publishes his first play, “The Amen Corner.”

His First Collection of Essays

He publishes "Notes of a Native Son," his first collection of essays, which includes the autobiographical story "Equal in Paris."

"A Conversation With James Baldwin," is a television interview recorded by WGBH following his meeting with Robert F. Kennedy.

Baldwin accepts the Professorship of Literature and Afro-American Studies at the University of Massachusetts at Amherst and Hampshire College.

Why We Love James Baldwin

What disease did James Baldwin have?

He had stomach cancer.

How many years did James Baldwin live in Paris?

What is James Baldwin's best-selling book?

With over 80,000 ratings on Goodreads, “Giovanni’s Room” is the most-rated Baldwin book. 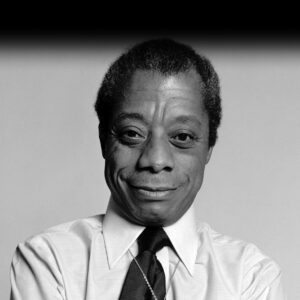 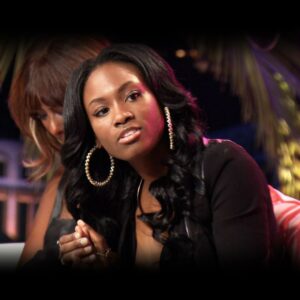