Gene Simmons, born on August 25, 1949, started his music career as a teenager with his first band named Lynx (later Missing Links). He disbanded the band and formed another band called Long Island Sounds. Later, he left to join Bullfrog Bheer. In the 1970s, he moved on to form Wicked Lester with his friend, Stanley Eisen who is also known as Paul Stanley. Together, they quit Wicked Lester as they weren’t allowed to fire band members. Eventually, they formed Kiss in 1973 and enjoyed immense fame and financial success spanning many decades.

Gene Simmons, The Demon, The God of Thunder

Gene Simmons is a colossus in the rock music genre and his relatable personality has made him a darling to millions of music lovers. He spent a lot of time fine-tuning his sounds and getting the right talents into his band. He has continued to be a positive influence in the music industry. Simmons was born on August 25, 1949, in Haifa, Northern Israel. His father was Yehiel Witz, and his mother was Florence Klein, a holocaust survivor. He has Jewish origins, and his zodiac sign is Virgo. His parents separated shortly after his birth and his mother raised him alone.

Simmons and his mother relocated to New York in 1958 when he was eight years old. In New York, he had a short stint at Yeshiva Torah Vodaas, a religious school, before moving on to public schools. His inspiration to pursue music came from The Beatles, as young Simmons liked the admiration The Beatles got from women. He learned how to play the guitar in his teens and watched many cartoons. Cartoons would later be the primary influence in his use of makeup and costumes. After high school, he attended community college in Sullivan County, New York, where he began experimenting with music.

Over the years, he formed and quit many bands. He met Paul Stanley, a long-term bandmate in Wicked Lester, one of the bands he formed before starting Kiss in January 1973. Kiss struggled at first, but Simmons did not only focus on writing and playing. He put his best into marketing and audience building. Eventually, the band had die-hard fans called the Kiss Army and sold more than a hundred million records. Outside the band, he also did well for himself with T.V., restaurants, and movies.

Like many poor immigrants, Gene Simmons goes to New York with his mother in search of a better future.

A Band is Formed

After having a falling out with members of Wicked Lester, he forms Kiss with Stanley.

Why We Love Gene Simmons

Is Gene Simmons a billionaire?

No. He is very wealthy but he is not rated as a billionaire.

Is Gene Simmons the one with the tongue?

Yes. Simmons didn’t realize that his tongue was unique until he was 13.

He dislikes the single ‘I Was Made for Lovin’ You.’ He is not the only one who feels this way, as his bandmates do not like the song either. 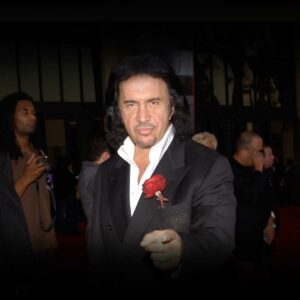 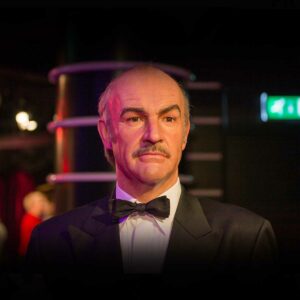