Dionte Gray, born on March 11, 1995, is a talented hairstylist and wig specialist from the United States. He initially taught himself the skill of hair art by observing his mother, sister, and cousins’ work. As a way of getting more dexterous with it, he started posting his results on Instagram. The pics appealed to a lot of people, and he soon became popular, gathering over a million followers on the app. This led him to be noticed by major celebrities such as Teyana Taylor and Keyshia Ka’oir, who requested his services. He has established his own company known as The Flawless Experience — quite a feat at such a young age. We are proud to be celebrating Gray’s birthday with you today.

Dionte Gray is a celebrated self-made hairstylist and wig specialist from the States, born on March 11, 1995, in Chicago, Illinois. His interest in hairstyling began when he was young and was deeply influenced by the women in his life, and when he was just 11 years old, he began doing hair himself. Being a Pisces, he is very lovable, and this has helped him gain a huge fan base, including celebrities who have supported him in his professional journey. He enrolled in the Paul Mitchell school, where he enhanced his knowledge of laying hair and doing razor cuts.

Watching his mother, aunt, and cousins work in a salon when he was a teenager gave him the confidence he needed to work on his craft and put it out there. He began taking pictures of this work and posting them on his Instagram account. Within a short period, the transformational images appealed to hundreds, if not thousands, of users. He gathered a following of over a million people, including celebrities. Gray has designed hair for Teyana Taylor and Keyshia Ka’oir, among others. He has also worked with Dream Doll and Ari Fletcher on styling.

Popularly known as Arrogant Tae, as per his online username, Gray founded his own company brand known as The Flawless Experience, and this further cemented his success in the hair industry. He also capitalizes on his following on social media, especially Instagram, posting his work’s images on the regular. He has been deemed one of the most popular hair stylists online, and his fame continues to grow. There are certainly lots of things to admire about the name and legacy that he is creating for himself.

Gray opens an account on the biggest long-format video platform.

Why We Love Dionte Gray

What state does Dionte Gray live in currently?

Apparently, he lives in Atlanta, Georgia.

What hair company does Dionte Gray use?

He is a stylist ambassador for African Pride. 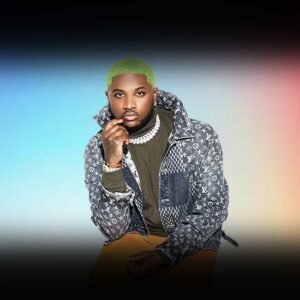