Barry Adrian Reese, better known by his stage name Cassidy, is an American rapper from Philadelphia, Pennsylvania. He was born on July 7, 1982. During the late 1990s, Reese gained a lot of attention for his freestyle as well as his participation in battle rap competitions. His work around the time reached the ears of more established acts including the world-renowned hip-hop producer — Swizz Beatz. So far, he released a total of eight studio albums and his fans are still waiting for what he is going to drop next. If you’re one of them, keep on reading cause we got all you need to know about Reese!

Barry Adrian Reese, better known as Cassidy, was born on July 7, 1982, in Philadelphia, Pennsylvania. There was not much clear information about the rapper’s parents. However, it is known that his mother was East African of Ethiopian descent. He was interested in rapping ever since he was a child. Reese kickstarted his career doing freestyle as well as competing as a battle rapper during the 1990s. Growing more as an artist, Reese shifted his focus to writing full-length hip-hop songs.

Later on in his career, Reese’s hard work started paying off as he signed a recording contract under “Swizz Beatz’s Full Surface label” (2002). In 2003, he released his first official single, ‘Hotel,’ which featured R. Kelly, an R&B singer. The song, performed commercially well as it appeared in the top ten of the U.S. Billboard Hot 100 chart. It was then followed by the groovy anthem ‘Get No Better’— which features Mashonda. He released his debut album “Split Personality” in 2004 and the lead single for the album, ‘My Drink n My 2 Step’ features a vocal appearance and production from none other than his mentor Swizz Beatz. Reese then followed with several other singles including ‘I’m a Hustla’ and ‘B-Boy Stance’ as well as his second studio album also titled “I’m a Hustla” (2005). Unfortunately, Reese’s fame was marred by several problems. He was apprehended in 2005 following a firefight in which one person was killed. He was charged with murder and possession of weapons. Reese was facing third-degree murder charges when he was convicted of involuntary manslaughter, assault, and possession of an illegal weapon. On March 2, 2006, the rapper was released after serving an eight-month sentence.

After he was released from prison in 2006, he went on to work on his third studio album “B.A.R.S: The Barry Adrian Reese Story” which was released in 2007. Reese then left the “Full Surface” label to join “Kross Over Entertainment” in 2009. Under that label, he released a mixtape series in 2010 and his fourth studio album, “C.A.S.H: Cass a Straight Hustla.” The project, unfortunately, performed worse than any of his previous studio albums — selling only 5,200 copies in the first week of its release. Reese also published several CDs, including “Da Science” (2020), “Da Formula” (2020), and “Da Wiseman” (2021).

Reese releases his debut album “Split Personality” which is certified gold by the “Recording Industry Association of America.”

The Arrest and Jail Time

Reese is arrested after a shootout in Philadelphia and later is convicted of involuntary manslaughter, assault, and possession of weapons.

Reese leaves the label “Full Surface” and signs under “Kross Over Entertainment.”

The Rappers Feud in Philly

Fellow Philly rapper, Meek Mill, claims he would battle Reese — both rappers continue throwing shots at each other all in the spirit of hip-hop.

Why We Love Cassidy

What happened to Reese’s face

The infamous 2006 accident left Reese with a scar on his left eye to the back of his head.

What school did Reese go to?

How much did Reese get paid to battle?

In an interview with “VladTV,” Reese claimed that he gets paid around $250,000 in a rap battle against Dizaster. 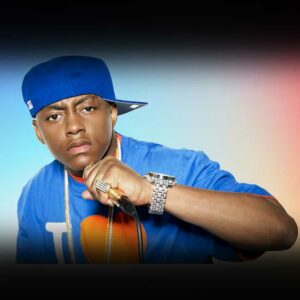