Lil Uzi Vert, born on July 31, 1995, first gained recognition in 2015 after releasing a commercial mixtape that led to a record deal. They released their first mixtape in 2016 and were soon featured on the Billboard music charts. They also won an award for one of their songs. They have released two studio albums so far. Join us as we celebrate this famed musical star’s birthday, right here!

Symere Bysil Woods, popularly known as Lil Uzi Vert, is a well-known rapper, singer, and songwriter, who has risen to fame through hard work and perseverance. The artist was born Symere Bysil Woods on July 31, 1995, in Francisville, Philadelphia. Their zodiac sign is Leo and their ethnicity is African-American. They loved music since childhood and grew up listening to Mike Jones and the Ying Yang Twins. They began to rap in 2010.

The rapper released their first project, an extended play called “Purple Thoughtz Vol.1,” in 2014, along with a single ‘White Shit.’ The latter went viral in 2017 and was mostly used in hip-hop circles after they entered mainstream music. The song, and subsequent releases, caught the attention of the producer Don Cannon, and he signed Vert to his Academy imprint. Cannon produced the rapper’s first mixtape, “The Uzi” (2014). Lil Uzi Vert soon signed a record deal with Atlantic Records. in 2015, they released their second mixtape, “Luv is Rage.” They were called the ‘Breakout Artist of 2015’ after the mixtape’s success. They released a single, ‘Money Longer’ (2016), which was followed by their first commercial mixtape, “Lil Uzi Vert v/s The World,” in the same year. The mixtape was on the Billboard Top 200 album chart for 55 weeks, eventually getting a gold certification. While on tour with The Weeknd in 2017, Lil Uzi Vert released the extended play “Luv is Rage 1.5,” which had instruments and lyrics themed after video games and anime. The single ‘XO Tour Llif3’ also gained popularity on Soundcloud. It became the singer’s highest-charted song and was at number 49 on the Billboard Hot 100. The rapper also won the M.T.V. Music Video Award for the song. After much delay, they released their first studio album “Luv is Rage 2” (2017). It got very popular and was certified platinum. They also worked on collaborations and other projects for the year. They teased the release of their second album in 2018, and released what was thought to be the album’s lead single ‘New Patek.’ They released the actual lead single, ‘Futsal Shuffle 2020’ in 2019, and a second song, ‘That Way’ in 2020. The rapper’s second music album, “Eternal Atake,” came out in March 2020. A new mixtape, “Lil Uzi v.s The World 2,” also came out. They are currently working on their third album, “Pink Tape,” of which the single, ‘Demon High’ has already been released. Their music falls in the emo rap and punk rap categories, and they are also identified by facial tattoos, piercings, and eccentric hairstyles.

Lil Uzi Vert dated fashion designer Brittany Bryd for three years. She was the subject of many of their later songs. Post the breakup, they were in a relationship with fellow rapper J.T. from the hip-hop duo City Girls. They have a tattoo dedicated to her on their left hand.

Their First Project is Released

It is an extended play called “Purple Thoughtz Vol.1” and becomes a hit; their first mixtape called “The Uzi” is also released.

The mixtape is called “Lil Uzi v/s The World,” and reigns on the Billboard Top 200 chart for 55 weeks before being certified gold.

They Releases Their First Album

Their first album, “Luv is Rage 2,” is released and they win the M.T.V. Video Music Award for the song ‘XO Tour Llif3.’

After teasing their fans for a long time, they release their second album “Eternal Atake,” which is at the top of the Billboard 200 soon after.

Why We Love Lil Uzi Vert

Did Lil Uzi Vert take out their diamond?

They had a pink diamond worth $24 million on their forehead, which was ripped out by fans during a performance.

They have included themes from the show in their songs, like ‘Sasuke’ (2020), so they may be a fan of the hit series.

Who are Lil Uzi Vert’s parents?

Not much is known about the rapper’s parents, and the artist hasn’t revealed anything about them either. 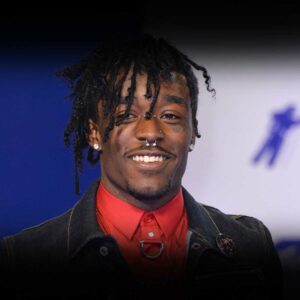