There probably would have been no life without rain, and that’s why we celebrate Rain Day on July 29. Various people and cultures have celebrated rain and its life-giving power through prayers, arts and music, folklore, and more. Rain doesn’t just water our trees and makes the earth fresh and green, the first spells of the shower after a long stretch of summer brings us so much joy! If you are lucky enough to get some rain on Rain Day, head outside to dance, walk, or sing in the rain. Today is the perfect day to feel grateful for the lovely planet that we live in and its many miracles.

Rain Day is celebrated in some way or other in most cultures in the world, and this is a day that has been celebrated for a long time now. Records show that the first Rain Day was celebrated as early as in the 1800s. William Allison, a pharmacist, is the one who should be thanked for creating the much-loved Rain Day. Legend has it that Allison had a drugstore located on High Street, in Waynesburg, Pennsylvania, and to him, it seemed that every year on July 29 it would rain without fail. The pharmacist grabbed the opportunity and declared July 29 to be celebrated as Rain Day every year!

Since then, Allison would also keep a yearly record of the rainfall on this specific date, and later his brother, Albert Allison started doing the same in the 1920s. The antics of these two brothers reached the offices of The Byron Daily and they started recording this mystical event which kept happening every year. The event probably would have remained small and local if it was not for a newsman from the area. In the 1930s, John O’Hara decided that he would send stories about Rain Day to other newspapers. As more and more people found out about Rain Day, the celebrations became widespread too. And today, newspapers and other media outlets often call up those in Waynesburg to find out if it is raining on this date. Of course, other people have started celebrating this date in their own ways. A very common way of celebrating Rain Day is by simply learning about rainfall and the importance of it, and spreading awareness about rainwater conservation.

First Meteorological Department in the World

The Weather Channel launches in Atlanta, Georgia, in the U.S.

Shoes for the rain; fashion for the season.

The Best Dog Raincoat for 2023

Keep your canine best-friend warm, comfortable, and happy during the winter and rainy seasons with these cosy and waterproof jackets!

The Best Everyday Rain Jackets for 2023

Modern rain jackets are fashionable, practical, and stylish to boot.

What is a metaphor for rain?

What is a rainy day fund?

A rainy day fund is intended to pay for a one-time, smaller expenditure. It is a short-term, unexpected cost like a summer camp or getting a new bicycle.

What is a rainy mood?

A rainy mood makes you less irritable, tolerant, peaceful, and patient. When you’re feeling restless or annoyed, you are probably in a rainy mood.

How to celebrate Rain Day

5 Facts About The Rain That Will Blow Your Mind

Why we love Rain Day 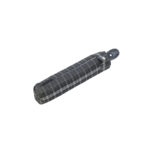