Every October 21 is National Reptile Awareness Day. Godzilla. Reptar. Yoshi. The Geico Gecko. Those two lizards that always hang out around your back porch. These are just a few of the famous reptiles we love. But on October 21, we celebrate all of our cold-blooded friends. This day is observed to educate and raise awareness of  threats to the natural habitats that our reptilian companions rely on to survive.

While the history of reptiles may go hundreds of millions of years back, National Reptile Awareness Day has an unfortunately short history in comparison. Additionally, it wasn’t really until 1966 when the first Endangered Species Act was passed that awareness of the needs and threats facing reptiles (or any animal, for that matter) started to make its way into our cultural mainstream.
With the passing of that act, a mid-century push toward conservation started taking the forefront. Updates were passed in 1967 and 1969. Additionally, in 1967, the Environmental Defense Fund created their historical efforts to ban DDT from usage in the United States. Much of this was movement was sparked by Rachel Carson’s seminal book, Silent Spring, which documented the adverse effects pesticides and other chemicals have on the environment.
National Reptile Awareness Day wouldn’t exist without the efforts of that movement. In fact, many reptiles wouldn’t be around today without the help of the Endangered Species Act. While National Reptile Awareness Day may have a small history compared to its subjects, its still part of a historically important movement to help protect and conserve all species of animals.

Reptiles are considered to have evolved from amphibians around this time. While many have perished along the way due to mass extinction, many (such as crocodiles and sea turtles) still remain

The End of the Reptilian Era

The end of "The Age of Reptiles," a period of time where dinosaurs and other massive reptiles roamed around as if it were Jurassic Park. This began "The Age of Mammals," while, despite the name, reptilian species continued to diversify and thrive but at a much, much, much smaller size.

The Loggerhead is Listed

The loggerhead sea turtle, one of the more famous reptiles, is listed as endangered, mostly due to bycatch in fishing gear but also because of loss of nesting habitats.

The American alligator is officially removed from the protected species list, making a remarkable comeback from near extinction after spending twenty years on the list.

When is National Reptile Awareness Day?

National Reptile Awareness Day is every year on October 21.

How do I celebrate National Reptile Awareness Day?

There are many ways to celebrate National Reptile Awareness Day, such as donating to a reptile conservation, visiting a national park, or learning to identify reptiles.

Is a turtle a reptile?

The placement of turtles within the reptile kingdom has historically been up for debate, but so far they are still considered to be reptiles. 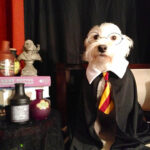