National Draw a Dinosaur Day on January 30 celebrates the mysticism and magic that surrounds these magnificent animals that once roamed the world eons ago. On this day, kids and adults paint and sketch all types of dinosaurs — cute, scary, jovial, wicked, e.t.c., and have fun while doing so.

On a seemingly unassuming day in 2007, a student named Todd Page was attending an anthropology class. To relieve the boredom, he put pen to paper and, out of nowhere, drew a dinosaur. He found it fun and stimulating. He motivated his classmates to sketch dinosaurs too, and they all found it to be fun. He decided to create a day when folks could just let their imaginations run riot by drawing the most mystical creatures that have inhabited our planet.

Todd Page registered the day — January 30 — as National Draw a Dinosaur Day and popularized it through social media. Since then, folks across the United States and Canada draw a dinosaur on the day and share their creations over social media.

It’s no secret that kids love dinosaurs. Ask any kid to do anything connected to dinosaurs, and they are over the moon! Drawing is a constructive way of engaging children. The celebrations on the day are simple — just draw a picture of a dinosaur and post it on various social media platforms. The picture is not essential, but having fun while doing it is! The idea is to motivate people, especially children, to let their imagination flow freely on paper or canvas.

Over the years, kids and adults have sketched their perceptions and visualizations of dinosaurs and shared them online.

So, on January 30, take out your pencils, wax crayons, color pens, paintbrushes, or even your stylus to draw your very own version of the most mystical creature to have ever walked the Earth.

On January 30, Page, who is bored during his anthropology class, draws a dinosaur on paper, realizes it's fun, and decides to register it as a holiday.

On the first celebration, Page encourages participation through social media and receives a reasonably good response, with over 50 sketches posted on his timeline.

The Day Celebrates A Decade

Over time, Page creates a website dedicated to the day, and the movement grows as the day turns ten.

How is Todd Page associated with National Draw a Dinosaur Day?

Page was a student who accidentally discovered that drawing dinosaurs is fun and stimulating and decided to create a holiday for it.

Was National Draw a Dinosaur Day created by a paleontologist?

It was created by a student and has nothing to do with the study of dinosaurs or other extinct animals.

How do I draw a dinosaur when I'm not good at sketching?

You don’t need to be accurate or realistic. The idea is to draw your visualizations, however funny, cute, or even goofy they may seem. If you are serious about it, there are many how-to-draw-dinosaur videos on YouTube.

5 Dinosaurs That Are Fun To Draw

Why We Love National Draw A Dinosaur Day 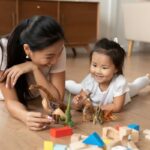 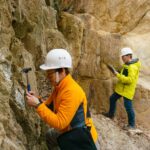