In 2011, the Fabricators and Manufacturers’ Association (FMA) of the United States hit upon making the manufacturing sector more accessible to the general public, especially America’s students, their parents, and the policymakers, by opening its doors through events, exhibitions, and so forth. The key members in the association believed that it would enable people to understand more about modern manufacturing and appreciate its value for modern living.

The FMA organized the first-ever Manufacturing Day in October 2012 to serve as a starting point for over 200 events to be conducted in the Midwest during that month. It was a successful initiative and received active participation and appreciation from high school students, educators, parents, and other community members. In the subsequent years, the concept became popular, with thousands of people participating in events across the country.

Each year, starting from the first Friday throughout the month, the manufacturing sector organizes job fairs, exhibitions, shop floor walkthroughs, seminars, and so forth., for students, educators, parents, and community influencers. The day kick-starts a month-long exhibition of America’s manufacturing prowess.

Subsequently, the National Association of Manufacturers (NAM), along with The Manufacturing Institute and various federal partners, including the U.S. Census Bureau, are driving the endeavor.

National Manufacturing Day has caught the imagination of America’s tech and machine learners, who now throng the over 2,000 events organized every year throughout October. Over 14,000 manufacturers across America now participate in country-wide celebrations. For those interested in technology, including bioengineers, machine technicians, data analysts, and robotic machinists, this day marks the beginning of a series of magical experiences that unfold throughout the month.

The Need for Manufacturing Day

Members of the Fabricators and Manufacturers’ Association (FMA) of the United States strongly feel the need for entities, such as institutes and companies, to open their doors to the general public.

The Fabricators and Manufacturers’ Association (FMA) of the United States organizes the first-ever Manufacturing Day in the Midwest, with more than 200 events.

The National Association of Manufacturers (NAM), with more than 14,000 manufacturers as members, takes over the mantle of driving Manufacturing Day.

Is October 1 celebrated as Manufacturing Day every year?

The first Friday of October, every year, marks Manufacturing Day. So the date changes annually.

Why is Manufacturing Day special?

Manufacturing Day is the starting point for a series of events held throughout the month to celebrate America’s manufacturing industry. These events, in the form of seminars, symposiums, lectures, walkthroughs, conferences, and so forth, enrich the knowledge of participating students, educators, teachers, and parents.

What happens on Manufacturing Day?

Across the United States, on this day, organizations active in the manufacturing domain, such as companies, institutes, and federal bodies, conduct various events to give the general public a ringside view of the manufacturing sector’s activities.

How To Celebrate Manufacturing Day

Why Manufacturing Day is Important 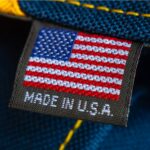 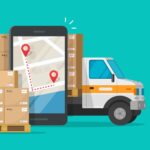 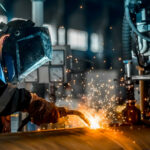