Vicky Terrazas is an American singer and songwriter born on July 21, 1977. She is a frontier member of Los Horóscopos de Durango with her sister, Marisol Terrazas. The band was one of the longest-performing groups in the regional Mexican genre, and the Terrazas family has taken it to unimaginable heights. Join us to celebrate her birthday today!

Vicky Terrazas is an American singer and songwriter whose talents have set her apart in the genre. She is a Cancer, born July 21, 1977, in Chicago and she is of Hispanic descent. Her father is Armando Terrazas, who formed the Los Horóscopos de Durango band in 1975.

Terrazas and her sister, Marisol Terrazas, began leading the band in 2003. In the first years of Los Horóscopos de Durango, the band was a grupero band. However, they transitioned to the duranguense style before switching to banda. In 2005, the band won three Billboard Music Awards in the categories of Regional Mexican Album of the Year, Most Air-played Song in the Regional Mexican genre, and Regional Mexican Song of the Year. In 2006, the band released its ninth studio album since the Terrazas sisters took over. The album was called “Desatados,” and it went mainstream. In 2007, the band won the Latin Grammy Award for Band Album of The Year for the album.

Los Horóscopos de Durango released 18 studio albums with the Terrazas sisters as lead singers. Their most recent album was “Entre El Amor y La Aventura,” which dropped in 2018. In 2021, they announced the amicable disbandment of the band. Terrazas then launched her solo career in March 2022. As one with immense talent, Terrazas’ personal life is public. She dated Luis Medina but is currently in a relationship with Omar Mejorcita, with whom she has a son. Terrazas shares her success with her family.

She’s Given the Reins

Terrazas and her sister receive the reins of Los Horóscopos de Durango.

The Band Wins at the Latin Grammys

The band takes home the Latin Grammy for ‘Band Album of the Year’ for "Desatados."

Why We Love Vicky Terrazas

How old is Marisol Terrazas?

How old is the Los Horóscopos de Durango band?

The band was together for about 46 years.

What is Vicky Terrazas' debut song? 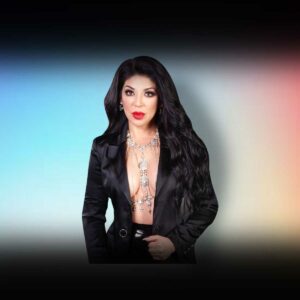