Tim Tebow, born on August 14, 1987, is an American football player, baseball player, executive producer, and entrepreneur, who got his start professionally when he played three seasons in the N.F.L. as a quarterback for the Denver Broncos and later, the New York Jets. Let’s dive into some interesting facts about this famous player on his birthday.

Tim Tebow is an American football player born in the Philippines to parents Pamela Elaine and Robert Ramsey Tebow II, who met while attending the University of Florida. After serving as Baptist missionaries in the Philippines, Tebow’s parents moved to Jacksonville, Florida, when he was three years old. The youngest of five siblings, Tebow was first homeschooled and began his high school football career as a tight end for Trinity Christian Academy in Jacksonville. After playing for a few other schools and finishing his home school stint, Tebow accepted an athletic scholarship to attend the University of Florida and play for the Florida Gators football team from 2006 to 2009.

In 2010, Tebow was picked by the Denver Broncos in the first round (25th overall) of the 2010 N.F.L. Draft and played backup quarterback for the Denver Broncos in 2011, while in 2012 he played for the New York Jets. 2013 saw Tebow join the New England Patriots as well as take on a role as a college football analyst for E.S.P.N. In 2015, Tebow signed a one-year agreement with the Philadelphia Eagles.

Tebow married South African model and Miss Universe 2017 winner Demi-Leigh Nel-Peters in 2019. After six years out of the game, Tebow signed with the Jaguars as a tight end for a one-year contract but was later released from his commitment in August 2021. Tebow has many ventures under his belt, also dabbling in a few baseball games and starring in the film “Run the Race,” which he also executive produced.

He Signs to the Florida Gators

Tim Tebow accepts an athletic scholarship to attend the University of Florida and play for the Florida Gators football team.

Tebow is picked by the Denver Broncos in the first round (25th overall) of the N.F.L. Draft.

He Produces and Stars in a Movie

Tebow is the executive producer and also stars in the film “Run the Race.”

A Stint With the Jaguars

He signs with the Jaguars as a tight end for a one-year contract but is released from his commitment in August.

Why We Love Tim Tebow

What does Tim Tebow do for a living?

After leaving the football game, Tebow is now part of E.S.P.N.’s First Take alongside hosts Stephen A. Smith.

Why did Tim Tebow leave the N.F.L?

After being cut from teams as coaches said “he wouldn’t make it,” Tebow decided to start playing baseball, but later retired from that too.

Who is Tim Tebow's wife? 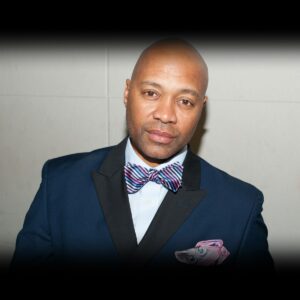 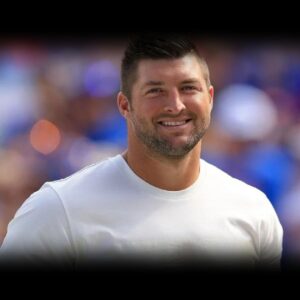