Ryan Garcia was born on September 20, 1999, in Victorville California to Mexican parents. He is a professional boxer who has already secured a world title. Garcia began boxing at the age of five and rose up the ranks quickly. In 2015, he won the National Junior Golden Gloves Championship at the age of 15. The following year, he became a two-time United States Junior Olympic Champion. In March 2019, Garcia defeated Avery Sparrow to win the vacant World Boxing Council (W.B.C.) lightweight world champion title belt.

Born in Victorville, California, Ryan Garcia has always had a passion for boxing. His father was also a boxer and Garcia followed in his footsteps, taking up the sport when he was just eight years old. However, his father could not be as successful as Garcia due to several personal issues. After turning pro at the age of 17, Garcia began to make a name for himself in the boxing world.

Garcia had 149 amateur bouts, winning 132 of them. As an amateur, he won three national Golden Gloves championships (2009-2011) and a silver medal at the 2011 World Amateur Boxing Championships. In March 2017, he made his professional debut at the age of 19. He has since amassed a 13-0 record with 11 knockouts. In October 2018, Garcia won the W.B.C. Silver Featherweight Title with a sixth-round T.K.O. of Jesus Rojas. He also won the match against fellow rising star Jayson Velez on February 2, 2019.

In March 2019, Garcia signed with Matchroom Boxing, which is one of the largest boxing promoters in the world. With this new deal, Garcia is poised to become one of the biggest stars in the boxing world.

Garcia knocks down Escandon in the second round and wins by technical knockout in the seventh.

Garcia becomes the youngest boxer to ever win a W.B.A world title, which is also his first major world title.

He Becomes a Silver Featherweight

Why We Love Ryan Garcia

Garcia’s record is currently 23 wins and zero losses and draws.

How did Ryan Garcia get famous?

While Garcia was already a known name, his fame skyrocketed after he knocked out Miguel Carrizosa within 30 seconds.

They are not biologically related, though they were good friends at some point. 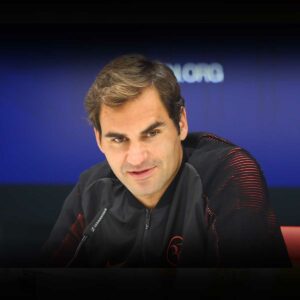 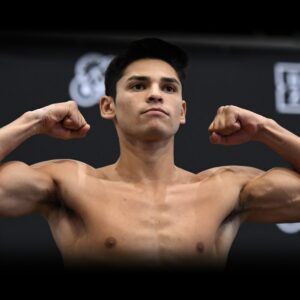