Singer and member of the pop group Little Mix, Perrie Edwards was born on July 10, 1993. The English singer became famous when she first appeared in the British reality music competition “The X Factor” and then became part of the original team of the group Little Mix. She has also launched her fashion line and lent her support to charitable causes. She and her group have amassed millions of fans worldwide and created history with the awards they have won. Celebrate the special day of this talented celebrity with some insights and trivia from her life.

Singer, songwriter, and dancer Perrie Edwards has won millions of hearts since rising to fame with her band Little Mix. Born Perrie Louise Edwards on July 10, 1993, in South Shields, Tyne, and Wear, England, she is of English, Scottish, Irish, and Swedish heritage. Her parents are Alexander and Deborah Perry, both singers by profession. She has one brother, Jonnie, and a paternal half-sister, Caitlin. She moved to Dorset with her parents during the initial years of her childhood and attended the Radipole Primary School in Weymouth. Later on, when the family moved back to South Shields, she enrolled at St. Peter and Paul R.C. Primary School. In 2004, she moved with her mother and stepfather to New Zealand. After returning to South Shields, she enrolled at Mortimer Community College, showing excellence in academics and performance activities. Later, she transferred to Newcastle College and earned a B.T.E.C. in Performing Arts. It was at Newcastle College that she began to actively pursue music and decided to make a career in it.

Edwards first came under the spotlight as a participant in the British reality music competition “The X Factor” in 2011, performing the Alanis Morissette song ‘You Oughta Know.’ Her performance, however, failed to get her ahead and she failed the first boot camp challenge for the Girls category. Then, she was placed in another four-member group called Faux Pas, which also failed to progress past the boot camp. After the judges’ decision, Edwards was put in a new group called Rhythmix alongside Jesy Nelson, Jade Thriwall, and Leigh-Anne Pinnock. This new group made it to the judges’ house and after a name change to Little Mix and live shows, the group ended up winning “The X Factor” in 2011. With this win, Edwards and the band created history by becoming the first band to ever win on the show. In 2012, Edwards and the band released their debut album, “DNA,” whose lead single ‘Wings’ reached the number one spot on the U.K. and Ireland charts. The album also reached the number four spot in the U.S. on Billboard 200, breaking the Spice Girls’ record for the highest chart entry by a British female group. In 2013, she embarked on a tour with the group across Britain, Wales, and Ireland. The same year, she and the band released their second album called “Salute.” In 2015, her band released their third album “Get Weird.” Then, in 2016, the band released their fourth album “Glory Days,” which went on to become the fastest-selling number-one album in 15 years. 2018 saw her and the band release their fifth album “L.M.5” after a gap of two years.

In 2019, she was set to join her bandmates on a reality talent show “Little Mix The Search,” which was postponed and aired in 2020. Later that year, the band released their sixth album called “Confetti.” The following year, she and the band released a Greatest Hits album — “Between Us” — which commemorated eight years of Little Mix as a group. That same year, in 2021, Edwards also officially launched her first lifestyle and fashion brand — Disora — a brand focusing on contemporary luxury products. In 2022, Edwards embarked on a tour with her band and the group announced a hiatus to work on solo music. She has been working on a solo album whose release date is yet to be announced.

Along with her band, Edwards has managed to win massive worldwide fame with her music. Part of one of the best-selling girl groups of all time, she has been actively involved with all of the group’s endeavors and activities, endorsing several brands and supporting charities as a group. On her own too, Edwards has been an active supporter of several philanthropic causes, including cancer support and mental health. She was also the first female endorser of the brand Supreme Nutrition and Nando’s, the Portuguese-American multinational food chain. She has also been in the media headlines for her personal life and relationships. She was in a famous high-profile relationship with the One Direction singer Zayn Malik for two years, getting engaged to him before calling it quits. Then, she began dating English footballer Alex Oxlade-Chamberlain, with whom she shares a son, Axel. She is also a popular style icon who has become a role model for her fans around the world.

She Auditions on “The X Factor”

Marking her debut on the reality show, she auditions with a performance of an Alanis Morissette song.

She Makes a Breakthrough with Little Mix

She becomes a part of the group Little Mix on “The X Factor” and the group goes on to win the show.

The Release of Her Band's Debut Album

Edwards and her group release their debut album “D.N.A.” to much popular acclaim.

Her Band’s Third Album is a Hit

The album, “Glory Days,” becomes the fastest-selling number-one album by a girl group in 15 years.

She Becomes an Ambassador of Super Nutrition

She Appears on a Reality Show

In a talent reality show, “Little Mix The Search,” Edwards and her bandmates search for a new group.

She Launches a Lifestyle and Fashion Brand

She Embarks on a Solo Career

Why We Love Perrie Edwards

Who is Edwards’ ex?

Edwards was engaged to One Direction band member Zayn Malik, before the couple broke up in 2015.

How many children does Edwards have?

The Little Mix singer has one son, Axel Oxlade Chamberlain, who was born in 2021.

Who is Edwards dating?

Edwards has been dating the English footballer Alex Oxlade-Chamberlain since 2016. 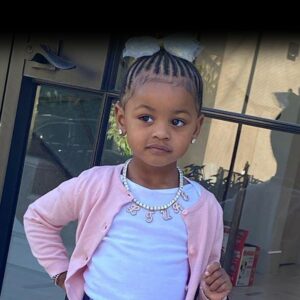 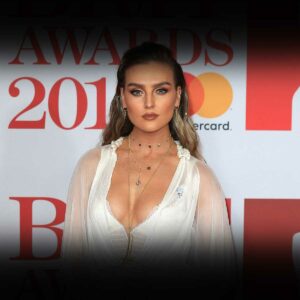 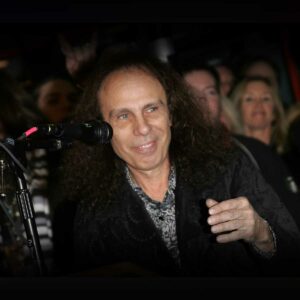