L.L. Cool J, born on January 14, 1968, has made a name for himself in rap and hip-hop music. His first album, “Radio,” was released in 1985, and earned him national and global recognition selling over one million copies in the U.S.A. In 2017, he became the first-ever hip-hop artist to be given an award by Kennedy Center Honors. After accomplishing incredible feats in the music industry, he grew a passion for acting and went into it full-time. He was featured in several movies such as “Wildcats,” “Toys,” and “Last Holiday,” among others.

L.L. Cool J has consistently evolved over the years, making him a hip-hop favorite. He has flourished well in the entertainment industry by creating music, helping up-and-coming artists, and acting in films. L.L. Cool J is a real force to be reckoned with, and this is why he is beloved, honored, and celebrated. He was born on January 14, 1968, as James Todd Smith, in New York. When he was four years old, he witnessed his father shooting his mother and grandfather. L.L. Cool J and his mother moved to his grandparent’s house in 1972. He grew interested in hip-hop watching “The Treacherous Three,” and he started rapping at 10. His grandfather took note of L.L. Cool J’s talent and bought him two turntables, an amplifier, an audio mixer, and other equipment; all worth $2,000. He used the equipment to produce and mix demos, then sent them to New York record labels. L.L. Cool J then got signed to Def Jam, owned by Rick Robin and Russell Simons. It was a time for a change for this upcoming star who made the stage name L.L. Cool J which means, “Ladies Love Cool James.”

His fame began when he recorded his first single, ‘I Need A Beat,’ in 1984, which was a commercial success. He released his first album, “Radio,” which skyrocketed his popularity the following year. In the first five months after the album’s release, it sold over 500,000 copies in the U.S.A. and later sold more than a million copies in 1988. He appeared as the first hip-hop act on the popular show “American Bandstand,” which pushed him more toward the limelight. His second album, “Bigger and Deffer,” was released in 1987, and became another best-selling album for the musician, selling over two million copies in the USA. L.L. Cool J has won many awards, including Grammy Awards, M.T.V. V.M.As, Billboard Awards, and B.E.T. Hip Hop Awards. He transitioned into films as he had accomplished a lot within the music industry, and had already made a name for himself. In 1992, he landed a role in the famous movie “Toys.” In 2006, he appeared in “Last Holiday” as Queen Latifah’s romantic interest. L.L. Cool J is a multi-talented artist who is very versatile, even authoring and being the co-author for four books. He co-authored “Make My Own Rules” with Karen Hunter in 1998, “The Platinum Workout” with Dave Scooter Honig in 2006, and “L.L. Cool J (Hip-Hop Stars)” with Dustin Shekell and Chuck D in 2007. In 2002, he authored a children’s book, “And The Winner Is….”. In 2016, he was given a star on the Hollywood Walk of Fame. In 2021, he became an inductee of the Rock and Roll Hall of Fame for excelling in his music.

L.L. Cool J is a phenomenal artist who is also very forgiving. He later reconciled with his father and mourned when his father passed on. In an episode of “Finding Your Roots,” L.L. J Cool found out his mother was adopted and found out about her biological parents. In 1995, he married Simone Johnson, and they currently have four beautiful children together.

He wins a Grammy Award

He wins "Best Solo Rap Performance" for his song, ‘Mama Said Knock You Out.’

He hosts the 55th Grammy Awards.

North Eastern University honors L.L. Cool J with a Doctorate of Arts for his immense contributions to Hip-Hop

L.L. Cool J is the first rapper to be a recipient of the Kennedy Center Honor Award.

L.L. Cool J is inducted with a "Music Excellence" award into the Rock and Roll Hall of Fame.

Why We Love LL Cool J

He is currently living his life doing what he knows how to do best.

How did L.L. Cool J meet his wife?

He met her in a brief encounter before he went on Jimmy Kimmel’s live show as a teenager. 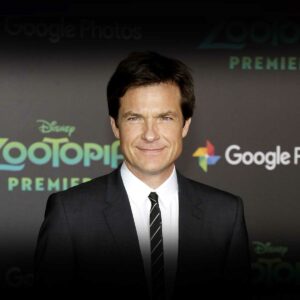