Kunpimook Bhuwakul, also known as BamBam, was born on May 2, 1997. He is a South Korea-based Thai singer, rapper, dancer, songwriter, and record producer. He is well-known as a member of the South Korean group, Got7, alongside Junior, Jay B, Jackson, Jinyoung, and Youngjae. BamBam’s stage name was given to him by his mother because she admired the child’s strength in the cartoon show “The Flintstones” and wished for BamBam to be like him. BamBam developed into a high achiever. Let’s celebrate BamBam’s day.

Kochakorn Bhuwakul and her husband gave birth to Kunpimook ‘BamBam’ Bhuwakul on May 2, 1997, in Bangkok, Thailand. BamBam’s father died while he was very young. He considers himself to be a Buddhist. BamBam has a younger sister and two older brothers who are all professional dancers. He went to Pramoch Wittaya Ramindra School and won a dance competition called Rain Cover in 2007 when he was 10 years old. In 2012, he made his pre-debut cameo as Wong Wai-Han’s child in the film “Fairy Tale Killer.” In September 2013, he participated in the reality show “WIN: Who Is Next.” BamBam’s group Got7 released their debut album “Identify” in 2014, which included tracks like ‘Stop, Stop It’ and ‘A.’ BamBam was the regular host of M-Net’s “M.” in 2015. He also starred in the Korean-Chinese web series “Dream Knight” that year. He received the 2015 Golden Disk Award and the Seoul Music Award together with his bandmates.

The Thai actor and singer appeared on the variety show “Real Men,” and KBS’ “Idol Battle Likes” a year later. In 2016, Got7 released two studio albums, “Flight Log: Turbulence” and “Moriagatteyo” and BamBam joined the cast of “3 Zap” in 2017. He thanked fans for their support on Got7’s official YouTube channel on September 28, 2018, with a self-directed and self-edited video titled “My Year 2018.” He released a self-production titled “It, See It” on GOT7’s official YouTube channel on September 23, 2019, featuring scenes from the group’s U.S. tour.

On October 15, 2019, Thai rapper F.HERO released his album “INTO THE NEW ERA,” which included a collaboration with BamBam titled ‘Do You.’ He resumed his work with UNICEF Thailand in 2020, performing in their virtual concert “Love Delivery Fest” on May 31 to promote awareness and support for COVID-19-affected families. His exclusive deal with JYP Entertainment expired on January 19, 2021, and he then signed an exclusive contract with ABYSS Company on March 5, 2021. Teasers for his second mini-album “B” scheduled for January 18, 2022, were released on January 7, 2022.

He is the champion in Thailand’s Rain Cover Dance competition.

The Road to His Dreams

He participates in “WIN: Who Is Next” with Jackson, Yugyeom, and Mark.

His official debut in the group GOT7 takes place on January 16.

GOT7 receives the Seoul Music Award.

In December, he launches a clothing line called DoubleB with Represent.

Why We Love BamBam

Who is BamBam’s ideal woman?

BamBam explained that he likes bad girls since he is a fan of Chompoo Araya Hargate, a well-known Thai actress.

How long did BamBam last at JYP Entertainment?

Bambam trained under JYP Entertainment for three-and-a-half years before joining Got7.

It’s no surprise that admirers refer to him as the ‘Prince of Thailand’ because of his numerous advertisements, endorsements, and solo appearances in Thailand. 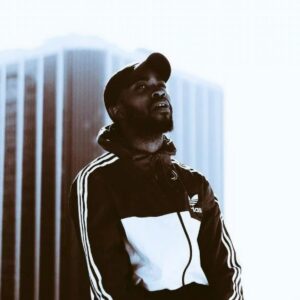