Lauren Pisciotta is an American fitness model and Instagram star born on August 18, 1988. She is best known as the former manager of Niykee Heaton. However, since she was discovered, Pisciotta has achieved fame for herself. She’s a hardworking model and internet personality worth celebrating on her birthday today!

Lauren Pisciotta is an American fitness model and Instagram star whose physique has gained her fame and recognition. She is a Leo, born on August 18, 1988, in Long Island, New York. Pisciotta developed an interest in modeling from a young age. When she was in the seventh grade, she booked her first commercial. She was also interested in athletics. After graduating high school, she skipped college and decided to pursue modeling full-time.

In 2011, Pisciotta joined Twitter. Soon after, she began managing pop star, Niykee Heaton. She started gaining social media traction after Heaton consistently posted her on her page. Pisciotta used her newfound fame to her advantage. She began focusing more on her fitness journey and worked out constantly to perfect her physique. Hence, she can often be found at the gym. Along the line, she began modeling for several brands, including Myra Swim. In 2021, Pisciotta modeled for the Ottolinger fashion brand.

Pisciotta is a talented fitness model who has amassed a million Instagram followers. She also has a heavy following on Twitter, but she’s most active on Instagram. The fitness model is a very private person. She barely reveals her personal life on the internet. There is no trace of her relationship life or past relationships on the internet. However, we can decipher that Pisciotta is currently single and focusing on her career and the advantages of success. The fitness model has never been married, nor does she have kids. Hence, she shares her success with her family and friends.

She Gets Plastic Surgery

Why We Love Lauren Pisciotta

There are currently 71 posts on the fitness model’s channel.

How old is Taylor Pisciotta?

Who is Taylor Pisciotta’s boyfriend?

She is currently dating Antonio DeRosa (2022). 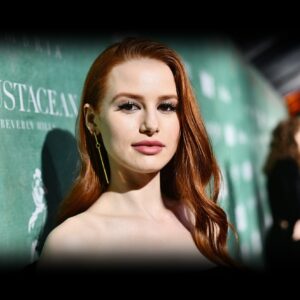