Karen Huger, born on May 3, 1963, rose to become a reality star when she began starring as the main cast member on a popular reality T.V. show in 2016. She has been part of the show for all six seasons so far. She ventured into the fashion and beauty business industry and opened her boutique. She also supports many charities. Join us as we celebrate this beautiful reality star’s birthday, right here!

Karen Huger is a celebrated name in the business and reality T.V. industry. She is an expert in multiple aspects as well. The businesswoman was born on May 3, 1963, in Surry County, Virginia. Her zodiac sign is Taurus and her ethnicity is African-American. Her parents were Georgina Raines Wooden and Benjamin B. Wooden Jr.

Huger was a stay-at-home mother until she was cast in Bravo’s “The Real Housewives of Potomac” (2016 – ), popularly called the “R.H.O.P.” The reality show focused on the personal and professional lives of women whose homes were situated in Potomac, Maryland. The show instantly catapulted her to fame, and around 2017, she launched Ikon Enterprises, which is a beauty company specializing in hair, fragrances, fashion, and makeup. In 2018, she released her perfume line, La Dame, which sells in Bloomingdales, H.S.L., and on the La Dame website. She also expanded the business to candle making, introducing a three-wick candle in 2021. Huger has also been called the Grande Dame of the Potomac. In 2022, a spin-off of R.H.O.P. was announced, which will mainly show the star’s family roots and their lives. Huger is the first cast member from the original reality show to get a spin-off. The two-parter, titled “The Real Housewives of Potomac: Karen’s Grande Dame Reunion” airs on Bravo on Sundays. Huger is the ambassador of Promoting Awareness Victim Empowerment (P.A.V.E.) and the Alzheimer’s Association. She is a strong public speaker and uses her ability to empower women and help bring a positive change.

The reality star is currently married to Raymond Huger. They were married in 1996. They have two children, Brandon and Rayvin Huger.

The star starts appearing on “The Real Housewives of Potomac,” which chronicles the lives of women in the Potomac area of Maryland.

The Fashion Company is Launched

The perfume line, called La Dame, sells in Bloomingdales, H.S.L., and on the company website.

Huger announces a new expansion for the line: three-wick candles and a home fragrance set.

A spin-off to R.H.O.P. is announced, titled “The Real Housewives of Potomac: Karen’s Grande Dame Reunion,” which focuses on Huger’s family roots.

Why We Love Karen Huger

What is her and her husband's age?

Did Huger get a nose job?

Yes, Huger revealed that she got new procedure injections on her nose but it was partly because of breathing problems.

Who is the richest housewife on Potomac?

Huger is the richest housewife on “The Real Housewives of Potomac,” with a net worth of $10 million. 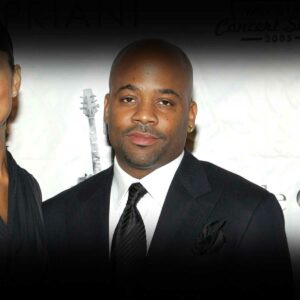 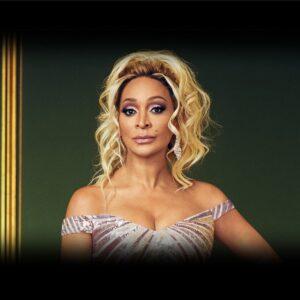