Joseph Anthony Budden II, better known as Joe Budden, was born on August 31, 1980. He rose to fame as a rapper in 2003 thanks to his smash hit ‘Pump It Up’ and his affiliation with the hip hop crew Slaughterhouse, which also included Royce da 5’9″, Joell Ortiz, and Crooked I. He declared his musical retirement in 2018 and entered the world of broadcasting. Television viewers will recognize him from his co-starring role on the V.H.1 reality series “Love & Hip Hop: New York.” Along with Jamil Clay, Rory Farrell, and Parks Vallely, he co-hosts the biweekly “The Joe Budden Podcast,” which is distributed on Spotify and YouTube. Celebrate his special day with us.

Joseph Anthony Budden II, better known as Joe Budden was born In West Side Harlem, New York, on August 31, 1980, to Joseph Budden and Fay Southerland. Budden is a famous rapper and former member of the hip-hop group Slaughterhouse. After releasing five albums since the beginning of his career, he has also attracted significant notice and achieved success as a solo artist. Before his musical retirement in 2018, he also contributed to several additional mixtapes, songs, and collaborations with other musicians as a featured artist in other works. He was never really interested in school as a child, and as a result, he left school early. He began doing drugs after dropping out of school, and his mother brought him to treatment in 1997 out of worry for his welfare.

In 2003, Budden issued his debut solo album, named “Joe Budden.” Several solos and collaborative albums, such as “No Love Lost,” “All Love Lost,” “Halfway House,” “Rage and The Machine,” “Escape Route,” “Padded Room,” “Slaughterhouse,” and many others, have also been released by him. On their respective mixtapes, Budden has worked with several other musicians, including Cutmaster C, D.J. Clue, and D.J. Kayslay. His most well-known tracks include ‘Pump It Up,’ ‘In My Sleep,’ ‘Fire,’ ‘Start Inside of Me,’ and ‘She Don’t Put it Down.’ Additionally, he has appeared in three documentaries and the television show “Love and Hip-Hop: New York.”

He may have left hip-hop as an artist, but he is still very much in the game as a broadcaster and often delves into interesting topics via his “The Joe Budden Podcast.” He also co-hosted the “Complex’s Everyday Struggle,” where he once openly discussed his mental health issues and struggles with depression before leaving the show in January 2018 amid controversy.

Budden has two children; one is from his publicized relationship with Cyn Santana, to who he was also engaged. The 40-year-old rapper turned broadcast powerhouse has had several run-ins with the law and has had warrants of arrest issued against him for not paying child support and traffic fines.

Budden makes his breakthrough in music through his self-titled debut album.

Budden, Ortiz, Kxng Crooked, and Royce da 5'9" all come together and form the hip-hop group Slaughterhouse.

They release their first studio album as a group, “Slaughterhouse.”

Slaughterhouse releases its second studio album, “Welcome to Our House,” under Shady and Interscope Records.

His Retirement from Music

During the summer, “The Joe Budden Podcast” signs a deal with Spotify and begins touring, with live performances throughout the United States; during this time, Budden also officially announces his retirement from rapping.

Why We Love Joe Budden

Does Joe Budden have a girlfriend?

Budden is rumored to be discreetly dating Shadee Monique.

Why did Joe Budden fire his friend?

Budden fired Farrell during an expletive-laden rant he recorded solo, claiming that Farrell breached his contract.

What did Joe Budden do to Cyn Santana?

Back in 2021, Santana had accused Budden of physically abusing and chasing her, however, he has never been charged. 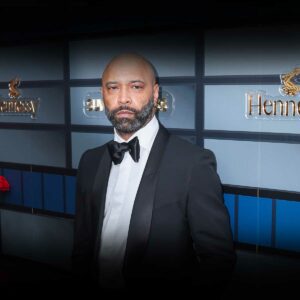