Jennifer Lopez, born on July 24, 1969, is a singer, actress, and dancer from the United States. She made her T.V. debut with “In Living Color” in 1991 as a Fly Girl dancer and remained a regular until 1993 when she decided to pursue a career in acting. For her first leading role in the 1997 biopic “Selena,” she became the first Latina actress to earn more than $1 million for a film. She went on to star in “Anaconda” in 1997 and “Out of Sight” in 1998, becoming Hollywood’s highest-paid Latina actress. We’re here to help you celebrate her special day.

Jennifer Lynn Lopez was born on July 24, 1969, in Castle Hill, New York, and grew up in the Bronx. David López and Guadalupe Rodriguez, her parents, were born in Puerto Rico and moved to the United States as children. Her parents divorced in the 1990s. Growing up, Lopez ran track on a national level, participated in gymnastics, and was on the softball team. Lopez was inspired to pursue a career as an entertainer at a young age. She learned flamenco, jazz, and ballet as a teenager at the Kips Bay Boys & Girls Club. She enrolled as a full-time student at Manhattan’s Phil Black Dance Studio when she was 18 years old. Her parents were dissatisfied with her decision to drop out of college to pursue a dance career.

Lopez’s most well-known professional dance role was as a Fly Girl on the sketch comedy television show “In Living Color.” The Fly Girls were considered by Virgin Records as a girl group to rival the Spice Girls, but the deal fell through. She appeared in the direct-to-video drama “Lost in the Wild” in 1993. Lopez’s first professional acting job was a small recurring role on the television show “South Central” in 1994, and she starred in the action-comedy “Money Train” the following year. Lopez appeared as a supporting actor alongside Robin Williams in the 1996 comedy “Jack.” Lopez became the first Latina actress to earn a million dollars. She starred opposite Ice Cube in the horror film “Anaconda.” She also starred opposite George Clooney in 1998’s “Out of Sight.”

Lopez’s debut album “On the 6” was influenced by Subway line 6, which connected her Bronx hometown to Manhattan. Her debut single, “If You Had My Love”, topped the Billboard Hot 100. Lopez became the first woman to have a number-one film and album simultaneously. Her 2001 album “J.Lo” was the best-selling release of her career. It included the singles ‘Love Don’t Cost a Thing’ and ‘I’m Real,’ the latter of which reached number one in the U.S. Lopez released two albums in 2002. The first was a remix album featuring rappers Ja Rule, 50 Cent, Fat Joe, and P Diddy. “Maid in Manhattan” became the highest-grossing film of Lopez’s career. Lopez’s fifth studio album, “Como Ama Una Mujer,” was the singer’s first to be entirely recorded in Spanish. The album peaked at number two on the Billboard 200, with the lead single ‘Get Right’ reaching number twelve. ‘Hold You Down,’ the second and final single, peaked at number 64. “Brave,” her sixth studio album, was her lowest-charting album worldwide. It peaked at number ten on the Billboard 200 and spawned two singles, ‘Do It Well’ and ‘Hold It Don’t Drop It.’ Lopez’s career took a significant turn in 2011 when she joined the judging panel of the singing competition series “American Idol.” She accepted the role at a period when she was “not receiving a whole lot of movies,” and the show rocketed her to fame. She returned to the show as a judge for the eleventh season, earning an estimated $20 million, and for the thirteenth season, earning an estimated $17.5 million. She also became a brand ambassador for L’Oréal, Venus, and Fiat, and she co-founded the Jennifer Lopez Collection, which is a clothing and homeware line for Kohl’s with Tommy Hilfiger.

Landing a Role in "In Living Color"

Lopez's most well-known professional dance role is as a Fly Girl in the American sketch comedy television series “In Living Color.”

Lopez stars in the biopic "Selena," which tells the story of Selena Quintanilla Pérez.

Lopez releases the album "J.Lo," which receives mixed reviews but goes on to become her best-selling release of all time.

Lopez becomes a member of the judging panel for the singing competition series "American Idol."

Lopez's records sell over 75 million copies worldwide, her films gross a total of $3.1 billion, and she is the only female entertainer to have a number-one album and film in the U.S. at the same time.

Why We Love Jennifer Lopez

How old was Jennifer Lopez in “Selena?”

She was 28 when she starred in “Selena.”

Who gave Jennifer Lopez the most expensive engagement ring?

Lopez was proposed to by Ojani Noa with a $100,000 pear-shaped diamond engagement ring. They divorced after a year of marriage, but the ring she received from him would remain special to her.

How many songs does Jennifer Lopez have? 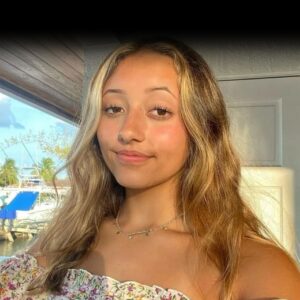 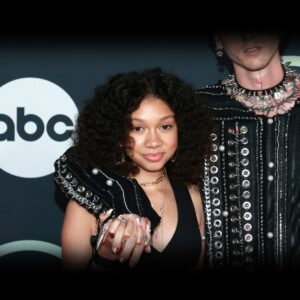 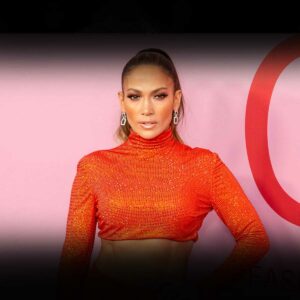