Na Jae-min, born on August 13, 2000, is a musical sensation who has amassed up to eight million followers on Instagram alone. He is the lead rapper and dancer, and sub-vocalist of NCT’s sub-unit, NCT Dream. He made his acting debut in the web drama “Method to Hate You.” In 2021, Jaemin made it to the cover of Korea’s “Women’s Wear Daily” news journal. We’ll help you celebrate his special day right here.

Jaemin was born on August 13, 2000, in Jeonju, North Jeolla, South Korea. He has phenomenally climbed the ranks of stardom making a name for himself in the K-pop industry. He studied at the School of Performing Arts Seoul. In 2014, he started his musical journey by taking part in activities organized by SM Entertainment’s SM Rookies. In 2015, he was officially welcomed as a member of SM Rookies. That year proved to be a busy one for Jaemin as he was also featured in the Korean version of the “Mickey Mouse Club.”

The following year, Jaemin became a member of the South Korean boy band, NCT in the NCT Dream sub-unit. After releasing a few songs, Jaemin had to go on hiatus to recover from a herniated disk injury. Upon his return, however, the single ‘Go,’ which was featured in the group’s first album “NCT 2018 Empathy,” was released. Jaemin made his T.V. debut in 2019. He was cast in the web drama “Method to Hate You,” which aired on JTBC, a South Korean nationwide pay television network. That same year, he made an appearance on “Do You Want to Play? CG,” a variety show that pits celebrity teams and high schoolers against each other in a series of games.

By 2020, the young rapper released ‘Make A Wish (Birthday Song).’ A year later, he was featured on the cover of Korea’s “Women’s Wear Daily” news journal.

A Trainee at SM Entertainment

Jaemin is initiated as a trainee in SM Entertainment, a multinational entertainment company.

The Third Member of NCT

He officially becomes a member of NCT Dream, the third sub-unit of the boy band NCT.

He makes a comeback with the release of NCT Dream’s single, ‘Go.’

He wins the ‘Best Actor Award’ at the Seoul Webfest Awards.

He graces the cover of the news journal “Women’s Wear Daily Korea.”

Why We Love Jaemin

Who is the leader of NCT?

Its leader is Lee Tae-yong.

What is Jaemin’s favorite food?

Extremely spicy and sweet foods are his favorites.

Yes, he quit in his first year of middle school. 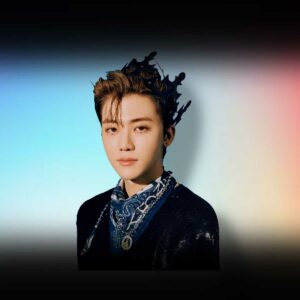