Drew Carey, born on May 23, 1958, is an established comedian, actor, and game show host. Carey served in the U.S. Marine Corps before joining the entertainment industry. He made a name for himself through his own sitcom show, “The Drew Carey Show” as well as being the host of the U.S. version of the improvised comedy show, “Whose Line Is It Anyway?” They both aired on A.B.C. Network. He was also quite popular in the stand-up comedy community and has been involved in numerous creative projects such as music videos, films, television series, a made-for-television film, and a computer game. He has also been the host of “The Price Is Right,” a game show from October 2007. Carey has been a sports enthusiast for a long time and a huge part of his many achievements was to be inducted into the W.W.E. Hall of Fame in 2011. We are honored to celebrate him today with you.

Drew Allison Carey is among the most accomplished influential entertainers we have. He has many facets to him and succeeds in all of them. Drew was born on May 23, 1958, in Cleveland, Ohio to his father, Lewis Carey, and mother, Beulah Carey. His father sadly suffered a heart attack when he was eight years old and passed away. He joined James Ford Rhodes High School and while there, he joined the marching band and played the cornet and trumpet. He graduated in 1975 and enrolled in Kent State University. There, he was a part of the Delta Tau Delta Fraternity. He left the school after three years but before leaving he had been expelled twice because of poor academic performance. Right after leaving school, in 1980, Carey enlisted in the United States Marine Corps Reserve. He served for six years in the 25th Marine Regiment as a field radio operator in Ohio.

He started his comedy career in 1985 because of David Lawrence’s conviction. He would write jokes for Lawrence’s radio show and get paid. He won the open mic contest and in 1986, became the Cleveland Comedy Club’s Masters of Ceremonies. In 1994, he decided to write his own Stand-up comedy special that he named, “Drew Carey: Human Cartoon.” It aired on Showtime and subsequently won the “Best Writing” in a CableACE Award. He made a name for himself through his own sitcom show, “The Drew Carey Show.” It debuted on A.B.C. in 1995. In the middle of featuring in “The Drew Carey Show,” he started hosting “Whose Line Is It Anyway?” an improvised comedy show, the American version. This was in 1998 and in the same year, he got inducted into Comedy Central Roast by the New York Friars’ Club.

He has also been the host of “The Price Is Right,” replacing the previous host, Bob Barker in the game show from October 2007. This was after hosting another game show known as “Power of 10” which ran for one year. In 2017, he celebrated his 10th anniversary of hosting the show. All through, Carey has always been journaling and in 1997, he published his autobiography titled, “Dirty Jokes and Beer: Stories of the Unrefined.” He shares his childhood memories and his father’s passing in the autobiography. The book also talks about his depression and suicide attempts. It also discusses his college days leading up to his career. It was featured in the New York bestseller catalog for three months. Carey has been a sports enthusiast for a long time and a huge part of his many achievements was to be inducted into the W.W.E. Hall of Fame in 2011.

He Enlists in the Marine Corps

Carey enlists in the United States Marine Corps Reserve where he serves for six years in the 25th Marine Regiment as a field radio operator in Ohio.

He Debuts His Comedy Career

David Lawrence, a friend that pays him to write jokes for his show, suggests that he should take up stand-up comedy seriously and he does.

He Writes his Own Comedy Special

He writes his own stand-up comedy special, “Drew Carey: Human Cartoon” and it airs on Showtime.

The sitcom “The Drew Carey Show” debuts on A.B.C.

Begins Hosting “Whose Line Is It Anyway?”

He begins hosting the improvised comedy show, “Whose Line Is It Anyway?”

He Hosts “The Price is Right”

He becomes the host of the game show, “The Price Is Right.”

Why We Love Drew Carey

Why was “The Drew Carey Show” canceled?

The show had high ratings for its first few seasons, but declining ratings and increasing production costs (around $3 million per episode) precipitated its cancellation. The program had a total of 233 episodes over its nine-year run, and Carey was one of two actors to appear in every episode.

What kind of car does Drew Carey drive?

As Jay Leno knows, Drew Carey has both a love for cars and a love for sports, specifically soccer. So much so that Drew bought himself both a Mini Cooper and a minority interest in the Major League Soccer team Seattle Sounders.

Do “Price Is Right” contestants know they will be picked?

Eligible contestants who registered, but did not purchase a ticket will be informed in the waiting area in the first 20 minutes after the posted show time if they have been selected. 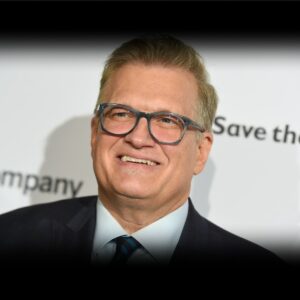 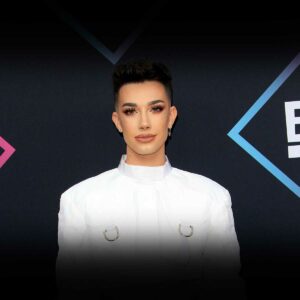