Channing Tatum is an American actor and producer who was born on April 26, 1980. The 2005 drama film “Coach Carter” was his film debut. His breakout part came in the dancing flick “Step Up” in 2006, which helped him get a wider following. Tatum is most recognized for his lead role in the comedy-drama film “Magic Mike” (2012) and its sequel “Magic Mike XXL,” which he also produced. Today is this incredible actor’s birthday, and we are quite excited.

On April 26, 1980, Channing Matthew Tatum was born in Cullman, Alabama to parents Glenn and Kay Tatum. His family relocated to Mississippi when he was six years old. He participated in a variety of sports during his childhood, including football and baseball, as well as martial arts training. Following that, he relocated to Tampa, Florida, where he attended Gaither High School and then Tampa Catholic High School. He was offered a football scholarship at Glenville State College but soon lost interest in the sport and dropped out. A talent agent contacted him on the street in Miami in 2000, persuading him to pursue modeling. His debut appearance was in the Ricky Martin music video, “She Bangs.”

Tatum signed with a Miami modeling agency and represented major companies like Armani, American Eagle, Abercrombie and Fitch, Pepsi, and others. He then signed with two more modeling agencies in Milan and New York after appearing in print ads and commercials. His advertisements landed him a part in an episode of the T.V. show “C.S.I.: Miami” in 2004, which was his first acting appearance. His muscular physique helped him land some supporting roles in films in 2005, prompting him to make acting a full-time career.

He had three more releases in 2006, the most prominent of which was the high school romance “Step Up.” The movie, made on a shoestring budget of $12 million, went on to generate more than 119 million dollars at the box office, allowing Tatum to showcase his dance abilities. His second major role was in the 2008 film “Stop-Loss,” in which he played an American soldier serving in the Iraq war. Over the years, Tatum has had prominent roles in blockbuster films. Tatum had a very successful year in 2012, starring in three box-office hits: “The Vow,” “21 Jump Street,” and the comedy “Magic Mike,” which was partially based on Tatum’s own experiences as a stripper. For the last two films, Tatum also served as a producer. He hosted an episode of “Saturday Night Live” in 2012 and starred in the promotional music video “I Wanna Channing All Over Your Tatum” the following year. He’s also done voice-over work for “The Simpsons,” a popular animated series.

As a child, Tatum struggled with dyslexia and attention deficit disorder. On the production of their film “Step Up,” he met actress Jenna Dewan in 2006, and the two married on July 11, 2009, in Malibu, California. They have a daughter named Everly Elizabeth Maiselle Tatum, whom they welcomed into the world in 2013. The couple announced their separation on April 2, 2018. Dewan filed for divorce six months later, and the divorce was finalized in November 2019. From 2018 until 2020, Tatum dated English singer Jessie J. He began dating Zoe Kravitz in 2021.

Tatum is cast as a dancer in Ricky Martin's “She Bangs” music video.

He portrays Tyler Cage in the franchise movie “Step Up,” the first in the American romantic dance drama film series.

He Produces His First Movie

Tatum is the executive producer of “Earth Made of Glass,” an American documentary film about the 1994 Rwandan Genocide.

Why We Love Channing Tatum

He never thought of himself as intellectual. He struggled with A.D.H.D. and dyslexia in school.

Was Channing Tatum a stripper?

{Does Channing Tatum have any tattoos? 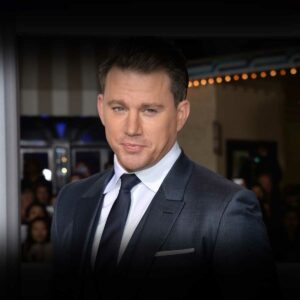