Born Andrew James Clutterbuck on September 14, 1973, Andrew Lincoln is an English actor who had his first major on-screen appearance in the B.B.C. Drama series “This Life.” He was cast in a co-leading role as “Egg” in both seasons of the show, which were released between 1996 and 1997. He went on to play more characters in theater and film, and eventually gained international fame when he appeared as Rick Grimes in the T.V. Series “The Walking Dead”, which began airing in 2010. Learn more about him as we celebrate his special day!

Born to a civil engineer and a nurse, Andrew Lincoln spent the first 18 months of his life in London. His English father and South African mother then moved to Hull, where he spent the next eight to nine years of his life. The family finally relocated to Bath, Somerset, when he turned 10, and he attended Beechen Cliff School. He landed his first acting role in a school production of “Oliver!,” and went on to study at the Royal Academy of Dramatic Art in London. It was at drama school that he chose “Andrew Lincoln” as his stage name, over his birth name, Andrew James Clutterbuck.

Lincoln appeared in an episode of the sitcom “Drop the Dead Donkey” in 1994. The chapter was titled ‘Births and Deaths,’ and marked his debut T.V. appearance. Shortly after, he was cast as Egg, a leading character in the B.B.C. drama “This Life” which aired for two seasons and a special one-off episode from 1996 to 1997. His role in “This Life” is known to be his breakthrough act, and it paved the way for more performances in T.V. shows and films. These include “Wuthering Heights,” “The Woman in White,” and “Teachers,” where he played a lead character in the first season. He also directed a couple of episodes in the third season of “Teachers” and was nominated for Best New Director (Fiction) from BAFTA – British Academy of Film and Television Arts in 2004. Another notable part he played was of Robert Bridge, a lecturer, and psychologist, in the drama series “Afterlife.”

In April 2010, Lincoln landed his biggest role yet, playing Rick Grimes — the protagonist of the horror television series “The Walking Dead.” He signed an agreement for six years on the show, and later negotiated an extension for two more seasons. He received several awards and nominations, and the “New York Times” stated that the success had made him “the center of one of the world’s biggest pop culture franchises.” He left the show in the ninth season, in 2018. Later on, he was cast for the drama series “Penguin Bloom,” his first role since featuring in the final episodes of “The Walking Dead” in 2019.

Lincoln is married and has two children, Matilda and Arthur. He tied the knot with Gael Anderson on June 10, 2006, and the duo has been together ever since. Anderson is the daughter of a Scottish musician and is the vocalist and flutist of the British rock band “Jethro Tull,” led by her father, Ian Anderson.

He plays a small role in an episode of the sitcom “Drop the Dead Donkey,” first broadcast on Channel 4.

He Lands His Breakthrough Role

With a leading role in the B.B.C. drama “This Life,” he marks his spot on the entertainment map.

He is nominated for the Best New Director (Fiction) award at the British Academy Television Awards for directing the third season of “Teachers.”

Winner of the Golden Nymph Award

He is awarded the Outstanding Actor — Drama Series Award for his role in “Afterlife.”

Lincoln is Cast in “The Walking Dead”

He is cast as a leading character in the post-apocalyptic horror show and appears in it for almost a decade.

Winner of the Saturn Award

Lincoln wins Best Actor on Television at the Saturn Awards, and again in 2017.

Why We Love Andrew Lincoln

Why did Andrew Lincoln change his name?

According to Lincoln, the name Clutterbuck sounded old-fashioned and made him seem like a poor character from a fictional story.

Does Andrew Lincoln have an accent?

Lincoln has a thick British accent, as opposed to the gruff American accent of his character, Rick Grimes.

What is Andrew Lincoln’s ethnicity?

This actor was born in a mixed family — an English father and a South African mother — and he is British. 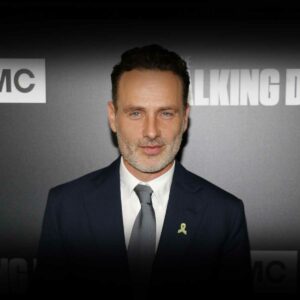 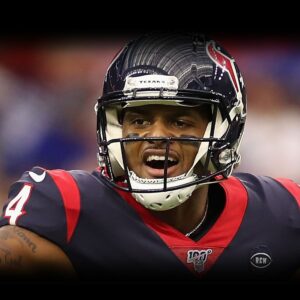