Alessia Caracciolo, born on July 11, 1996, and popularly known as Alessia Cara, began her musical career at the young age of 10. Since then, she has been unstoppable in her songwriting, playing, and music composition, creating songs nonstop. Before she turned 22 years old, she took home the title of ‘Best New Artist’ at the 60th Grammy Awards, which catapulted her career as a pop singer and songwriter. She has released three superb studio albums, and we absolutely can’t wait to celebrate her birthday with you.

Alessia Cara is a Canadian singer who was born on July 11, 1996, to parents of Italian heritage. When she was 10 years old, her parents gave her a guitar, which became the starting point of her passion for music. Three years later, at the age of 13, she began covering her favorite songs on YouTube, a major media platform to show the world that she possessed the talent, skills, and courage to become a singer. Indeed, one of the covers, ‘Sweater Weather,’ ended up getting her noticed by a record label called EP Entertainment, which allowed her to write and create her songs.

In 2015, at 19, she published her first debut single, ‘Here.’ The single was a hit and received praise from critics and listeners alike. It peaked at number 19 on the Canadian Hot 100 and Billboard Hot 100. Even “Rolling Stone” named the hit one of the ‘Best Songs of 2015.’ In that same year, she released her debut album “Know It All” with the third song ‘Scars to Your Beautiful’ being one of five original tracks that peaked at Billboard charts, including the Canadian Albums Chart, Billboard 200, and Billboard Hot 100. This particular track was special since, based on her interview with “Rap-Up,” many listeners related to her journey of doubting herself and learning how to love herself.

Cara is known for incorporating messages about mental health, kindness, and self-love into her music. Everything stems from her personal journey, as she has struggled with mental health issues and insomnia. According to a “Reuters” interview, she describes her album as half tumultuous and half perfected. She found growth through therapy and she encourages others to seek help if necessary.

She begins her music career at the age of 13 by publishing covers of songs on her YouTube channel.

Her Talent is Recognized

Cara receives attention after the daughter of Tony Perez, the founder of E.P. Entertainment, sees one of her covers on YouTube.

Cara and Garett walk and pose together on the 2016 M.T.V.'s Video Music Awards red carpet.

She earns the title of ‘Best New Artist’ at the Grammy Awards.

Why We Love Alessia Cara

No, Cara is still making songs.

Where are Alessia Cara's parents from?

Her mother, Enza Ciccione, is an Italian immigrant, and her father, Vicenzo Caracciolo, is a Canadian of Italian descent.

What is Alessia Cara's biggest hit?

Her most popular and successful recording is ‘Stay,’ which peaked at number seven on the U.S. Billboard Hot 100 Charts. 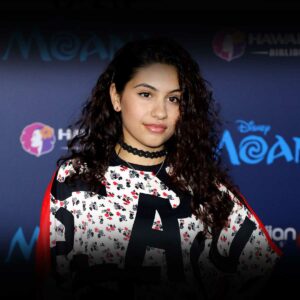 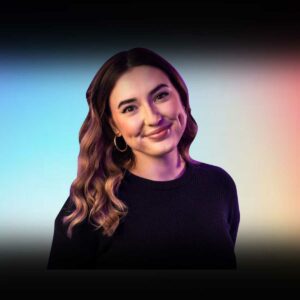