Hungarian Republic Day is celebrated every year on October 23. This day is honored in remembrance of two great events in Hungary’s history. First, when the people of Hungary stood up against the Soviet Union, and second, the creation of Hungary in 1989. The Hungarian Revolution was an impulsive revolt that spread throughout the whole of Hungary. The nation revolted against the local government and the policies that were imposed on it by the Soviets. The revolution lasted from October 23 till November 10, 1956. Despite the revolution’s failure, it played a great role in the fall of the Soviet Union many years later.

Hungary had been under the control of the Soviet Union after the Second World War ended. Later on, when the democratic changes occurred in Austria, the Hungarians were hopeful of the same adjustments.

Unfortunately, the hopes of the people of Hungary were shattered after the establishment of the Warsaw Pact in 1955. To demand democratic changes in Hungary and to gain freedom from the rule of the Soviet Union, the students of Hungary held a protest in Budapest in 1956. It was supported by most people and the number of protestors grew, resulting in many protests across Hungary.

The Soviets tried to take back control by deploying tanks on the streets of Budapest. As a result, the people of Hungary rebelled against the local government and until the Soviets called for a ceasefire and announced to carry out fair elections.

The above event is remembered as the Hungarian Revolution of 1956. To honor this event, the Hungarians declared the Third Hungarian Republic on October 23, 1989. The Hungarians demanded some changes be made in the constitution of Hungary, which included permitting multi-party politics, public assembly, and the establishment of a power separation in the government.

The official celebration for this day was declared on October 23 in 1991 by the National Assembly.

Establishment of the Warsaw Pact

The Warsaw pact is established, leading to the beginning of protests in Budapest.

As a result of the Warsaw Pact, students hold a protest in Budapest, resulting in the Hungarian Revolution.

A Date is Chosen

October 23 is chosen as the date to remember the Hungarian Revolution.

The National Assembly announces October 23 as the official celebration of the Hungarian Revolution.

What do Hungarians celebrate on the 20th of August?

St. Stephen’s day is celebrated every year on August 20.

What do Hungarians celebrate on the 15th of March?

On March 15, Hungarians commemorate the Revolution and the following War of Independence against the Austrian-Hapsburg rule in 1848 and 1849.

What is Hungary best known for?

Hungary is well-known for paprika and water polo.

How to Observe Hungarian Republic Day

Why We Observe Hungarian Republic Day 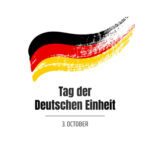