The National Rescue Dog Day on May 20 brings with it a promise of love, friendship, and kindness. Each year, millions of animals, specifically dogs, are abandoned by their owners and end up on the streets. Many of these animals are used to a sheltered life, and this, in turn, makes it difficult for them to fend for themselves out in the world. Food sources are hard to come by. Moreover, humans and other animals also pose a threat to these abandoned animals. Animal welfare organizations step in to help by providing a shelter, home, etc. Many of these organizations also encourage people to adopt the dogs, so that they get a new home and to create more space for other dogs in the shelters. Adopting, or even just fostering, helps people and the animals in the long run.

The National Rescue Dog Day on May 20 was founded by Lisa Wiehebrink. She is an author as well as the founder of “Tails That Teach.” Much of Wiehebrink’s works center around humans and their connection with animals. Her books, whose target audience is children, talk about the value of kindness, unconditional love, patience, empathy, etc. She believes that instilling children with said virtues towards animals will help them later on in life when they deal with humans in adulthood. Wiehebrink came up with the concept of the day after she rescued her dog Cooper and several others in 2009.

According to the American Society for the Prevention of Cruelty to Animals (ASPCA), which is a nonprofit organization established in 1866, more than three million dogs enter shelter homes every year. Many of these dogs are also a result of overpopulation due to dogs not being spayed or neutered. Dogs face a lot of difficulties when on the streets. They do not have proper access to food, shelter, and safety. Furthermore, they are subjected to human cruelty in the form of maltreatment by humans and being run over by vehicles. However, once these dogs are rescued and provided with care and love, they can be adopted/fostered. Rescue dogs can prove to be great friends, teachers, and helpers, especially as service dogs. They can also provide emotional support to those suffering from mental issues relating to depression, PTSD, anxiety, etc. Additionally, young kids can learn to provide care, love, and affection to other living beings through caring for rescue dogs, as is the aim of Wiehebrink’s campaign regarding this day.

The Society for the Prevention of Cruelty to Animals is established in Britain to provide welfare services to abandoned dogs.

The veterinarians at ASPCA perform the first open-heart surgery on a dog.

ASPCA Partners with the NYPD

The ASPCA partners with the NYPD to answer calls relating to animal cruelty in the city.

More than 70,000 of Lisa Wiehebrink’s “Tails That Teach'' books reach more kids all over the U.S.

When is National Rescue Dog Day?

National Rescue Dog Day takes place on May 20 every year.

National Pet Day is April 11, although, if you’re a pet owner, you know there’s not a day that goes by that you don’t celebrate your animal companion!

April 10 is National Hug Your Dog Day. Not only does a good tight squeeze strengthen your bond, but it also shows your pet that you care. So grab your dog and give them an extra cuddle today!

5 Facts About Animal Cruelty That Will Blow Your Mind 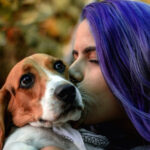 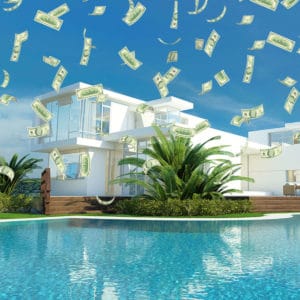