Cirrus Jaye Norris, popularly known as Sockie, was born on February 13, 2007. She entered the public eye at a very young age when her parents created a family YouTube channel called ‘The Norris Nuts.’ Her presence and unique personality have earned her thousands of fans worldwide. Also an athlete with a passion for cooking, Norris continues to gain popularity, and it seems like the future has several good things in store for her. We are sure she is having a fantastic time with her amazing family on her special day, so we also decided to join the celebration from over here!

Sockie Norris has found a place for everyone to shine on YouTube. She has found success along with her family by sharing her life on the Internet, and she’s got big dreams for her future that may become a reality with the help of her already well-established online presence. Norris was born on February 13, 2007, in Newcastle, Australia. Her zodiac sign is Aquarius and her ethnicity is Australian. She is the daughter of Justin and Brooke Norris, who created the YouTube channel that made her known to the world along with her siblings, Sabre, Biggy, Naz, Disco, and Charm. However, YouTube was far from Norris’s first passion. She took up surfing and skateboarding at a very young age, inspired by her dad, who won a bronze medal in swimming at the 2000 Summer Olympics.

Her parents created their now-famous YouTube channel in 2014 when Norris was only seven years old. The family quickly started gathering a fan base, who call themselves the ‘Legends’ and are very devoted to the family. Their success grew, even more, when Norris’s older sister, Sabre, was regularly featured on “The Ellen Degeneres Show” during its 2016 and 2018 seasons, as well as the family being featured in several media outlets such as the “TODAY Show,” “Daily Mail,” “Mashable,” and “Sunrise.” This success inspired the family to create five adjacent YouTube channels, showing the family doing specific activities such as cooking, going on adventures, gaming, and more. Norris is featured regularly on all these channels, establishing herself as a very constant presence for the family’s total of over 5 million subscribers.

While she continues to be dedicated to her YouTube career, Norris hasn’t given up on her other passions. Her skating and surfboarding skills have earned her a ‘one to watch’ mark in those sports by governing bodies and industry leaders, and she hopes to represent Australia in the Olympics one day. Norris’s other big passion is cooking, and she achieved her dream of meeting the world-famous chef, Gordon Ramsey, in 2020. She also loves video games and has written songs alongside her siblings. In 2021, she had a medical scare where she thought she had the same medical condition as her sister Sabre, which is Chiari malformation, but was relieved to find out she didn’t.

The Interest in Sports

Her father inspires her to get into skateboarding and surfing, hobbies she shares with her siblings.

Norris and her family start getting featured on shows like “The Ellen Degeneres Show” and “TODAY Show.”

The Meeting With Her Hero

Norris gets to meet the famous chef, Ramsey, through a charity auction.

Her successful online career earns her enough money to become financially independent at 14.

Why We Love Sockie Norris

Is Sockie Norris older than Sabre?

No, Sabre is the eldest of the Norris siblings, with Sockie being the second eldest.

What is Sockie Norris’s real name?

Her real name is Cirrus, but she mostly goes by her nickname, given to her by her sister Sabre.

Where do the Norris Nuts live? 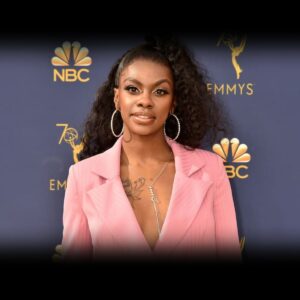 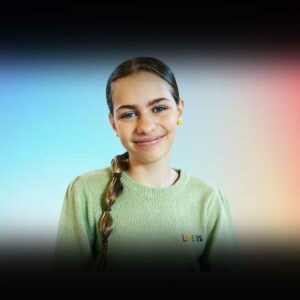