Rand Paul was born in Pittsburgh on January 7, 1963, and raised in Lake Jackson, Texas. He is an American politician who presently serves as the junior U.S. Senator from Kentucky, having been sworn in in 2011. In 1993, he established his own ophthalmology business, and in 2010, he ran for a position in the United States Senate. Paul is a conservative-libertarian Republican. He ran for President of the U.S. in 2016. He started the anti-tax group Kentucky Taxpayers United. He went on to develop the Southern Kentucky Lions Eye Clinic afterward. He is deserving of praise.

Rand Paul was born in Pittsburgh, Pennsylvania, to Carol and Ron Paul. Ron, his father, is a politician and a doctor. His father is a former U.S. Representative from Texas who ran for President three times. Rand was the third child born to his parents, who had five children in total. Rand was born in Pittsburgh but grew up in Lake Jackson, Texas, where he attended Brazoswood High School. In 1981, he enrolled at Baylor University. He was a regular contributor to the student newspaper “The Baylor Lariat” while studying there. He was also a member of the NoZe Brotherhood, a collegiate society at the university. He dropped out of college to pursue his education at Duke University School of Medicine.

In 1988, he received his medical degree, and in 1993, he finished his residency. He went on to work for John Downing of Downing McPeak Vision Centers. He subsequently went to work for the Graves Gilbert Clinic in Bowling Green, where he stayed for 10 years before opening his clinic. He also did free eye surgery for needy people in underdeveloped countries during his medical career. He founded the National Board of Ophthalmology (N.B.O. )in 1997. In 2009, he founded the Southern Kentucky Lions Eye Clinic, a non-profit organization that provided eye care to underprivileged people. At Baylor University, he was also the president of the local branch of the Young Conservatives of Texas. He created the anti-tax group Kentucky Taxpayers United in 1994. Paul, a lifetime Republican, began participating in real politics in 2009. He subsequently declared his candidacy as a Republican for the U.S. Senate. He triumphed over Trey Grayson. On July 5, 2011, he defeated Jack Conway in the general election to become Kentucky’s junior senator. Later in 2012, he made headlines for what appeared to be a candidacy for president as a Republican nominee. However, it was only in 2015 that he announced his intent to run for presidential candidacy. He was formally re-elected as a senator on November 8, 2016. He offered legislation to replace the Affordable Care Act, which, unlike Obamacare, included a $5,000 tax credit for each person and did not require everyone to have health insurance.

In 1990, Paul married Kelley Paul. Kelley is a self-employed writer. The couple is the parents of three children. One of Paul’s ears is deaf. He is now a resident of Bowling Green, Kentucky. Paul was mowing his lawn on November 3, 2017, while wearing noise-canceling earbuds when he was assaulted by his 59-year-old neighbor, Rene Boucher. Boucher was arrested and charged with fourth-degree assault, but he was released after posting a bond of $7,500. Paul’s injuries were initially considered minor, but it was later discovered that the attack had cracked six ribs and lacerated his lungs. Boucher was charged with assaulting a member of Congress on November 9, 2017, and was sentenced to 30 days in prison followed by a year of supervised release.

He Starts his Medical Career

He Starts his own Medical Service

Paul starts his own company across from John Downing, after gaining experience from his former workplace.

He Wins the Senate Primary Election

Paul beats Trey Grayson and wins the Republican party's primary election for the seat of the senate.

He Becomes the New Senator Elect

Paul runs against Jack Conway and is elected as a junior senator.

Paul makes headlines because he is rumored to be running for president as a Republican candidate.

He Is Re-elected as a Senator

Why We Love Rand Paul

Does Rand Paul have a bachelor’s degree?

He did not finish at Baylor University and left for the Duke University School of Medicine, which did not require an undergraduate degree for admission. 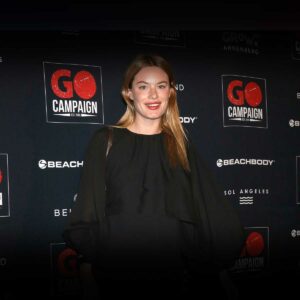 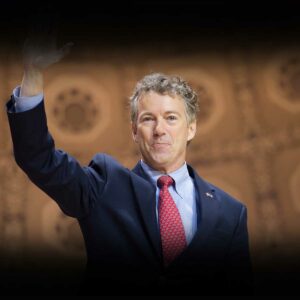 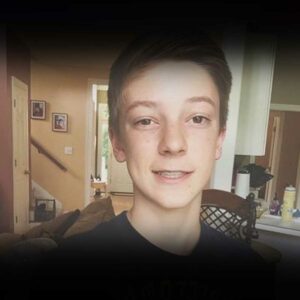