On January 17, we celebrate Michelle Obama’s Birthday! As first lady, Michelle Obama won our hearts with inspiring speeches and acts of kindness. She encouraged young women to believe in their futures — promising that hard work can lead to endless possibilities. “When they go low, we go high.”
First Lady understands and supports education as one of the prime necessity for women to grow, all around the world there are many advocates for women education and on that account Scholaroo has a list of women scholarships that can help women reach their goals.

Michelle LaVaughn Robinson was born on January 17, 1964 in Chicago, Illinois to Fraser Robinson III and Marian Shields Robinson. Despite her high school adviser telling her not to set her sights too high in terms of applying to colleges, she and her older brother, Craig, both went to Princeton University, where Michelle majored in sociology and minored in African American studies, graduating cum laude with a BA in 1985. Michelle mentions that being at Princeton was the first time she was aware of her race and economic class, and despite the willingness of her classmates and teachers to reach out to her, she merely felt like a visitor on campus.
She then went on to receive her JD (Juris Doctor) degree from Harvard Law School in 1988. Her faculty mentor at Harvard Law was Charles Ogletree, who said that she had answered the questions plaguing her throughout Princeton by the time she arrived at Harvard: whether she would remain the product of her parents or keep the identity she had acquired at Princeton. She had come to the conclusion that she could be both brilliant and black. She is the third First Lady with a postgraduate degree, after her two immediate predecessors Hillary Clinton and Laura Bush.
Michelle met Barack Obama when they were among the few African Americans at their law firm: Sidley Austin LLP. She was assigned to mentor him while he was a summer associate, and though she didn’t immediately take a romantic interest in him, he continued to impress and woo her throughout the short time they spent with each other.

Obama became the first African-American first lady — and only the third with a postgraduate degree.

She appeared on the cover of Vogue for the third time and once again won praise for her timeless sense of style.

A quote: "Being your first lady has been the greatest honor of my life and I hope I've made you proud."

Obama's book "Becoming" told the story of her Chicago roots as well as her time in the White House. The memoir sold over 1.4 million copies in its first week.

10 million sold copies
“Becoming”, Michelle Obama’s memoire, was published November 12, 2018. On just its first day, the book sold around 725,000 copies in the United States and Canada. Barnes and Noble reported the book had more first week sales of any adult books since “Go Set a Watchman” in 2015 and sold 1.4 million copies in its first week. After 15 days, it became the best selling book in the US for the year 2018. By March 26, 2019, “Becoming” had sold 10 million copies.
Over 21 million low-income children fed
In 2010 Michelle Obama helped pass The School Lunch program with bipartisan support. The program provides free and reduced-priced meals to more than 21 million low-income children and requires districts to serve more fruit, vegetable, whole grain, and lean protein food options.
20% less sodium and calories
Through her healthy food initiative, Michelle Obama was able to reach Darden, the world’s largest full service restaurant company, which owns Olive Garden, Red Lobster, and other chains. Darden made a commitment to improve kids’ menus by offering a fruit or vegetable and low-fat milk with every meal. They also vowed to reduce total calories and sodium by 20% across their menus over the next 10 years.

How many copies of "Becoming" sold?

Michelle Obama was born January 17, making her a Capricorn, one of the three signs associated with the element Earth.

What did Michelle Obama do for our country?

Michelle Obama didn’t want to be solely known as “the wife of the president,” but wanted to make sure she used this rare and short moment of being in the public eye to make a real difference in America. She tuned the South Lawn of the White House into a vegetable garden, which led to her creating the Let’s Move! initiative to make a healthier America and combat childhood obesity.

How to Celebrate Michelle Obama’s Birthday

Why We Love Michelle Obama’s Birthday 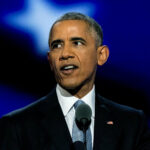 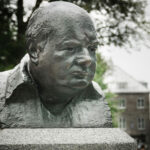