Harry S. Truman, born on May 8, 1884, was an exemplary president who displayed outstanding leadership and grit to the people of the United States. He stepped up from vice president to become president after the death of his predecessor, Franklin D. Roosevelt. In his first few months in office, he stopped World War II when he dropped an Atomic Bomb on Japan.

Harry S. Truman, born on May 8, 1884, is one of the greatest presidents the United States has ever had. He was the oldest son of John and Martha Truman. Truman was named after his uncle Harrison and was of Scottish, Irish, German, and French descent. In his early years, he was a livestock dealer and farmer. Truman developed an interest in music and rose every morning at 5 a.m. to practice the piano until he was 15, and he became very skilled at it. He studied bookkeeping and shorthand at Spalding’s Commercial College but soon dropped out after a year owing to financial constraints. He was unable to join the military because of his poor eyesight but got enlisted into the Missouri National Guard in 1905.

Truman was not particularly keen on the vice presidency; he feared the negative publicity that came with public office. He did not campaign for the position but somehow got nominated. On January 20, 1945, he was sworn in as vice president of the United States alongside President Franklin D. Roosevelt. Truman was vice president for 82 days, until Roosevelt died, and was sworn in as president in April 1945. During his first term in office, from 1945 to 1949, he helped end World War II in Europe.

Truman served his second term from 1949 to 1953. In 1949, he announced his domestic policy initiative, The Fair Deal, which included universal healthcare, financing for education, and an increase in the minimum wage. Truman was responsible for implementing the NATO and Truman Doctrine. In 1948, he oversaw the Marshall Plan and Berlin Airlift; in 1959, he was awarded a 50-year award by the Masons; in 1973, a sports complex (Truman Sports Complex), which is the home of stadiums in the city of Kansas, was named after him; and in 1975, a Truman Scholarship was created for U.S. college students who excelled in their dedication to public leadership and service policy.

Truman faced a few political challenges, such as the Cold War IV and the Korean War, but he overcame them. He lived a fulfilled life. In 1952, he announced he would no longer run for re-election and retired. He wrote his memoir, “Years of Decisions,” in 1955. Truman died on December 26, 1972. He was a democrat and was married to Bess Wallace, with whom he had one child named Magaret.

He is Elected as a Judge

Truman is elected as judge of Jackson County Court, an administrative position.

He steps up from vice president to president after the death of Roosevelt.

Truman is Elected for a Second Term

Truman returns to office as president of the United States for the second time.

He Publishes His Memoir

Truman publishes his memoir, "Years of Decisions," which many describe as a masterpiece.

A Statue is Built in His Honor

A golden statue is erected in Athens to honor Truman as one of Greece's greatest benefactors.

Why We Love Harry S. Truman

According to statistics, Truman was the poorest U.S. president.

Was Truman a good leader?

He was confident in his ability to deliver projects on time, especially during the war.

Why did Harry Truman leave office?

He was frustrated with Korea and the scandals involving a number of his staff. 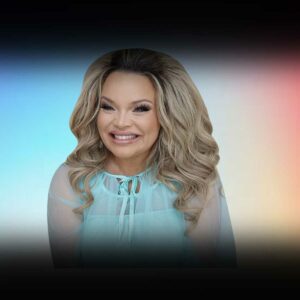