Christina Meursinge Hall, or Christina Haack, was born on July 9, 1983, in California, the United States. She is a well-known T.V. show host and real estate investor who began her career as a real estate investor alongside her then-husband, Tarek El Moussa. She ventured into the American T.V. industry through an HGTV show, “Flip or Flop.” Since making her first appearance, she has made the headlines for her professional and personal life. She has also authored a book and is building her own business, collaborating with real estate, lifestyle, and furniture brands.

Christina Haack is a well-known T.V. show host, real estate developer, and entrepreneur. She was born Christina Meursinge Haack on July 9, 1983, in Anaheim, California, U.S. Haack attended high school in Southern California and went to the local community college. While in college, she decided to pursue a career in real estate and obtained her license at 21. It was while working that she met Moussa and moved in with him.

She and Moussa established a real estate agency; however, in 2008, after the stock market crash, their business took a downturn and the couple was left struggling. In 2009, they got married, and in 2010, they welcomed their first child. The same year, they bought their first property with business partner, Pete De Best, and earned a decent profit off the sale. In 2011, her then-husband made a demo tape of them flipping a house and sent it to HGTV, which led to their being signed on for a reality show in 2012. The couple was offered a show, “Flip or Flop,” which debuted on the network in 2013. The show continued to run successfully for many seasons where Haack served as the interior designer and project manager in charge of timelines. In 2016, she announced her separation from Moussa, and their divorce was finalized in 2018. During this period, she left the El Moussa Group, leading to its dissolution. She continued to be a business partner with her former husband and even starred in the subsequent seasons of their show. In 2018, HGTV offered her a spin-off show, “Christina on the Coast,” which debuted in early 2019. The show focused on Haack renovating her house after her divorce and then moving on to other properties. In 2020, the show was renewed for its second season. The same year she released a book, “The Wellness Remodel,” with nutritionist Cara Clark, and also partnered with Spectra Furniture to launch her furniture line, Christina@HOME. In 2021, she released her line of luxury vinyl flooring, The Christina Collection. During this time, she also starred in “Flip or Flop,” and in 2022, the network announced the end of the series after the 10th season.

Haack has over a million followers across her social media platforms. She has also made news for her personal life with her three marriages — first to Moussa; second to the English T.V, presenter, Ant Anstead; and third to Joshua Hall, a realtor, in 2022. She has three children.

In partnership with De Best, she and her husband, Moussa, flip their first house at a profit of $34,000.

She is Signed By HGTV

After watching a demo tape sent to them by Moussa, HGTV offers them a show on the network.

Her reality show, “Flip or Flop,” makes its debut on T.V. in April, showing the process of flipping a house from start to finish.

She stars in a spin-off show, “Christina on the Coast,” which shows her renovating homes after her divorce.

She partners with the brand, Spectra Furniture, to launch Christina@HOME, a furniture line with upholstery and accent pieces.

Why We Love Christina Haack

What happened to Haack and Anstead?

After two years of marriage, they announced their separation, followed by the finalization of their divorce in 2021.

Does Christina Haack still have her dog?

In 2021, she announced that putting her children’s interests first, she had decided to have her dog, a Rottweiler named Biggie, rehomed. 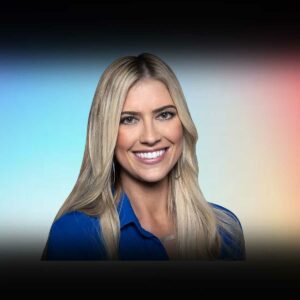