Kristopher Lee Bryant, popularly known as Kris Bryant, is an American baseball player born on January 4, 1992. He got into the sport in elementary school and was named a first-team All-American by “Baseball America” for his outstanding play during his sophomore year. Additionally, Bryant has received many honors throughout his careers, such as the Baseball America College Player of the Year Award, the Collegiate Baseball Player of the Year, and the Dick Howser Trophy. At 23, he made his major league debut and earned the National League Rookie of the Year Award. Let’s honor this sportsman and celebrate his birthday big time.

Kristopher Lee Bryant was born in Las Vegas, Nevada, on January 4, 1992. He was trained by his father, Mike, who had played minor-league baseball earlier in life. In his youth, Bryant went to Las Vegas’ Bonanza High School, where he was a member of the varsity baseball team. By 2010, he was featured in the ‘All-USA baseball first-team list published by “USA Today.” He enrolled in the University of San Diego to pursue his education and joined the San Diego Toreros baseball team while attending. In college, Bryant put on some of his best performances. With a batting average of .365, a .482 on-base percentage, a .599 slugging percentage, and nine home runs in his rookie year, he was a standout player. Bryant was named a freshman All-American, as well as the West Coast Conference Co-Freshman of the Year for his efforts.

Bryant was first selected by the Houston Astros in the 2013 Major League Baseball Draft, but he eventually ended up with the Chicago Cubs. The team offered him a $6.7 million contract. He was promoted to the Daytona Cubs of the Class A-Advanced Florida State League shortly after, where he hit .333 with five home runs. Bryant then played in the Arizona Fall League, where he earned co-player of the week honors with Mitch Haniger in the first week alone. His 2014 season began in Double-A with the Tennessee Smokies. Following his batting performance, he was promoted to the Triple-A Iowa Club. In 68 games, he hit .355 with 22 home runs and 58 R.B.I. At the end of the season, he was voted the “USA Today” Minor League Player of the Year. In 2015, “Baseball America” named him No. 1 prospect, and he was awarded the Joe Bauman Home Run Award.

Bryant’s first year in the Major Leagues was 2015, and he enjoyed a terrific rookie season with the Chicago Cubs. Not only was he named Rookie of the Year by “Baseball America,” but he also won the American League Rookie of the Year award. Bryant received several other honors, such as the Most Valuable Player Award and the Hank Aaron Award as the best hitter in the National League. Aside from his outstanding career, Bryant is also a family man. He had been dating Jessica Delp since he was 16 and proposed to his now-wife in December 2015. They tied the knot two years later, in January 2017.

Bryant’s performance as a freshman earns him All-American and the West Coast Conference Co-Freshman of the Year awards.

Bryant is selected by the Chicago Cubs with a deal of $6.7 million.

Bryant is called up to the majors by the Chicago Cubs.

The Peak of His Career

Bryant wins the Most Valuable Player Award and the Hank Aaron Award for his outstanding performance.

The Move to San Francisco Giants

Why We Love Kris Bryant

What is Kris Bryant’s number?

What is Kris Bryant weigh?

What color are Kris Bryant’s eyes?

He has blue eyes. 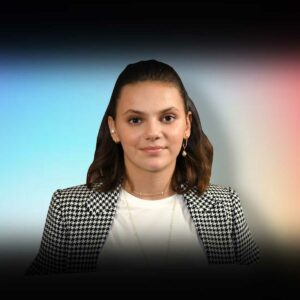 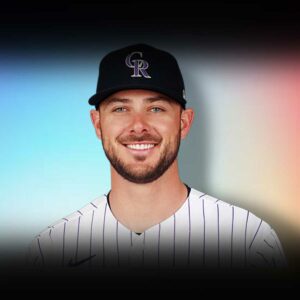