George W. Carver, born January 1, 1864, was an enslaved African-American before becoming one of the world’s greatest geniuses. He became the first black person to get into Iowa State University. Carver obtained a degree in Agriculture and mechanics art and became well-known. Tagged as the Father of the peanut industry, Carver published his popular bulletin titled, “How to grow Peanuts and 105 ways of preparing it For Human Consumption” in 1916 and invented over 300 products from peanuts. Let’s help you celebrate this great man here.

George Washington Carver was a preeminent mind who contributed hugely to Agriculture. He created over 300 products from peanuts and is recognized as the father of the peanut industry. George Washington Carver was born into slavery before it was abolished in Missouri in 1865. His exact date of birth remains unknown. He was raised in Diamond Grove and lost his parents, Giles and Mary to slavery and abduction. Moses Carver and his wife, Susan, became his new masters. They raised him, and Susan taught him to read and write.

He attended a school for African-American children in Neosho, Kansas because black people were not permitted in public schools in Diamond Grove. Later, he was admitted on a fully-funded scholarship to Highland Presbyterian College, Kansas, because they were impressed by his application essay. Despite being sent out as soon as he arrived at the school because of his skin color, Carver never gave up and became the first black man admitted to Iowa State University in 1891. He earned his degree in Agriculture and Mechanics Arts in 1894 and was asked to complete his Master’s degree after the faculty professors were impressed by his thesis titled, “Plants as Modified by Man.”

Carver became a nationally recognized botanist due to his pathology and mycology experiments. He lectured throughout his lifetime, teaching crop rotation methods and equipping black students with farming skills. Carver developed peanut oil massages to treat polio from 1933 to 1935.

Carver believed that Christianity was the only reason he could create and do well in science. Carver had a powerful circle of people he knew, such as former presidents, Calvin College, Franklin Roosevelt, and renowned inventor Henry Ford. He lived a modest life while earning $125 per month until his death on January 5, 1943.

Carver enrolls at Simpson College to study Art and Piano.

He transfers from Simpson College to Iowa State University to study Agriculture and becomes the first black person to enroll.

Head of Department at Tuskegee Institute

Carver publishes his most popular and widely read bulletin "How to grow Peanuts and 105 ways of preparing it For Human Consumption."

Carver receives the Roosevelt medal for his outstanding contribution to Southern Agriculture.

He dies of complications from a fall at age 79 and is laid to rest by the side of his former employer, Booker T. Washington, at Tuskegee University.

Why We Love George Washington Carver

Did George Washington Carver own slaves?

No, he did not but he was born into slavery.

How did George Washington Carver get out of slavery?

He was a free man after the end of the civil war but was raised by Moses and Susan Carver.

Why was George Washington Carver kidnapped?

Carver was kidnapped when he was one week old to be sold as a slave. 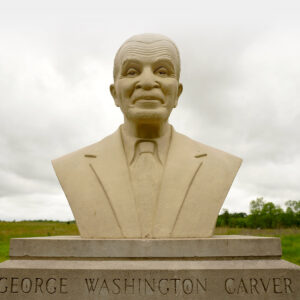 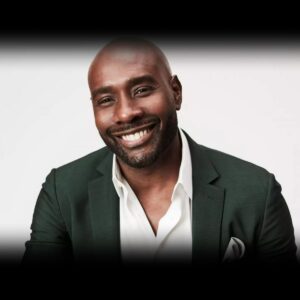