Emily Bustamante, sometimes known as Emily B, is a well-known fashion and entertainment figure born on February 10, 1981. She grew up in Virginia but was born in New York City. This celebrity is a shoe designer, T.V. personality, and actor. Bustamante owns ZiGiNY, an international shoe company. She starred in “Love & Hip Hop.” Bustamante’s on-again and off-again romance with rapper Fabolous is also why she’s well-known. Bustamante is a mum to Taina, a girl from her previous relationship, plus has a daughter with Fabolous and two sons named Johan and Jonas

Emily Bustamante was born on February 10, 1981, in New York. She was then raised in the state of Virginia. Because her mother is an American and her father is Puerto Rican, she is a dual citizen. Diane Castro is the name of her mother. She and her siblings spent their childhood in Virginia. She has had a passion for design since she was a child. Bustamante went to Norfolk Vocational High School for her education. Later, she enrolled in a Virginia fashion design institute and completed her course. Bustamante went on to work as an intern in a fashion studio to gain expertise. She eventually launched her apparel and shoe company. She is now a well-known footwear designer in her home country. Since she was a child, she has been enthralled by the lights of the media and television shows.

This well-known star is most recognized for her role as Emily in the popular reality television show “Love and Hip Hop,” in 2011. This added to her skills. She began styling when she was 19 years old. Styling comes effortlessly to her, and she doesn’t have to work hard at it. She is also a decent rapper, creating lyrics and producing hit records. Anyone who has followed her career can tell that she is passionate about journalism and music. In addition, we can state that she has excelled in every element of her profession. She has a good track record.

Bustamante tries to keep her personal life private. She has been married to rapper Fabolous since 2002 and is the mother of Johan Jackson, who was born on February 16, 2008. She also has a daughter from a previous relationship, Taina Williams, born on April 1, 1998. Fabolous, her partner, announced on his official Instagram account on June 22, 2020, that he and Bustamante are expecting a kid. “Best present on Father’s Day — Girl Dad,” Fabolous captioned the photo.

She joins the cast of the New York show revealing Fabolous’s infidelity.

Bustamante’s a supporting cast member in two seasons of the spin-off.

She Starts Her Shoe Line

The launch of her own shoe collection, Emily B., under the 'ZiGiNY' brand occurs.

She also supports the BOOMBOD brand as a model.

Why We Love Emily Bustamante

How many kids does she have?

How long has she been with Fabolous?

Fabolous and Bustamante have been together for about two decades.

What is her ethnicity?

Emily’s ethnicity is a mix of Puerto Rican-Dominican and American. Her mother is an American, and her father is Puerto Rican. 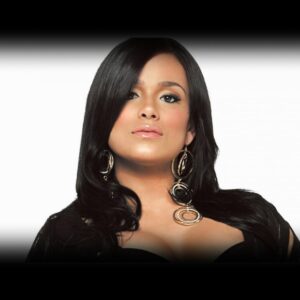