Soulja Boy, born on July 28, 1990, is a celebrated rapper and record producer. In 2007, he ranked number one on the U.S. Billboard Hot 100 and Hot RingMasters charts with his debut single, ‘Crank That (Soulja Boy)’. The single was self-made and demonstrated the ‘Crank That’ dance. It resulted in him signing with Interscope Records after meeting with Mr. Collipark. He also received his first nomination for Best Rap Song at the 50th Grammy Awards. “Souljaboytellem.com,” his debut album, was released in October of the same year, and it ranked at number four on the Billboard 200 and Top R&B/Hip-Hop charts. He released his second album in 2008. ‘Kiss Me Thru the Phone’ was his second single to surpass the two-million mark in downloads. ‘Turn My Swagg On’ was the third to have more digital downloads sold. The success and recognition he has amassed for himself is undeniable and, today, we are excited to celebrate him with you.

DeAndre Cortez Way, professionally known as Soulja Boy, has been in the entertainment industry since 2007 and is now a celebrated icon. He has perfected his art as a rapper and record producer. Apart from that, he has ventured into business and thrived.

He was born in Chicago. He later moved to Atlanta at the age of six, and this is when his passion for music and rap blossomed. When he was 14, he moved with his father to Batesville, Mississippi. His father owned a recording studio that he made available to him so that he could pursue his music interests and improve his skills. In 2005, he posted his original work on SoundClick to gauge the response from the public, and it wasn’t until he received positive feedback that he branched out and opened YouTube and Myspace accounts. He debuted his first independent album in 2007, “Unsigned & Still Major: Da Album Before da Album”. In the same year, he ranked at number one on the U.S. Billboard Hot 100 and Hot RingMasters charts for his debut single, ‘Crank That (Soulja Boy).’ It was released in May, and by the end of that month, it had already had its first airplay. It led to him signing with Interscope Records after meeting with Mr. Collipark. He also got his first nomination for ‘Best Rap Song’ at the 50th Grammy Awards. “Souljaboytellem.com,” his debut label album, was released in October of the same year, and it ranked at number four on the Billboard 200 and Top R&B/Hip-Hop charts. He released his second album, “iSouljaBoyTellem,” in 2008. His first single from the album, ‘Bird Walk,’ was performed on YouTube Live in November, outside it also ranking on the Billboard Hot R&B/Hip-Hop Songs and Hot Rap Tracks charts. ‘Kiss Me Thru the Phone’ was his second single to surpass the two-million mark in downloads, and ‘Turn My Swagg On’ had the third-most sold downloads with more than one million digital downloads sold.

He admitted that his third album, “The DeAndre Way,” was meant to be his most intentional album — it was to be personal and more successful than the previous ones. In October 2009, he released three mixtapes known as “Paranormal,” “Activity, Dat Piff,” and “Cortez.” He later changed the album title to “Dre” in 2010, but changed it back to the original title in the same year. Apart from rapping and singing, Soulja Boy has his own record label, Stacks On Deck Entertainment, which he founded in 2004 while still being signed under Interscope and Collipark Music. He also has a clothing line named S.O.D. Clothing and his own brand of shoes called Yums, which he launched in 2008. In 2012, he partnered with D. Young, a celebrated fashion designer, to create Ocean Gang, the original clothing line. In the same year, he produced BLVD Supply.

He Starts His Record Label

While still signed to Interscope and Collipark Music, Soulja Boy establishes a record label and calls it Stacks On Deck Entertainment.

He Debuts His Single

‘Crank That (Soulja Boy)’ is released and goes on to become number one on the Billboard Hot 100.

He Releases His Second Label Album

“iSouljaBoyTellem” drops and he performs the album’s first single on YouTube Live.

He Drops ‘Turn My Swag On’

The single tops the U.S. Rap Charts and amasses over one million digital downloads.

He Launches His Clothing Line

Why We Love Soulja Boy

In April 2021, he signed a record deal with Virgin Music.

How many songs does Soulja Boy have?

Who did Soulja Boy write songs for?

“Yes, it’s true. I wrote ‘Whip My Hair’ for Willow Smith,” he tweeted a couple of days after reports that he got songwriting credits on the song hit the net. 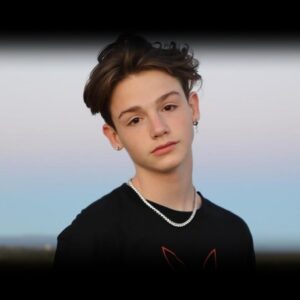 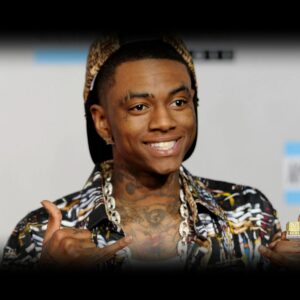