Different people enjoy their burgers in different ways, but according to a survey by Grubhub, the preferred topping in America is pickles. It’s definitely a divisive ingredient that, whether they love it or hate it, people tend to be very passionate about, but the results suggest that more people really do love pickles on their burgers. Tomatoes came second, followed by lettuce, then onions, and then bacon. We’ll take all of the above, please.

Cheese on your burger?

This is National Cheeseburger Day we are talking about so the answer is obviously yes, but what kind of cheese does America want on its burger? American cheese of course. Yep, the same survey saw American Cheese come out as the nation’s preferred choice, followed by cheddar, Swiss, provolone, and Pepper Jack. 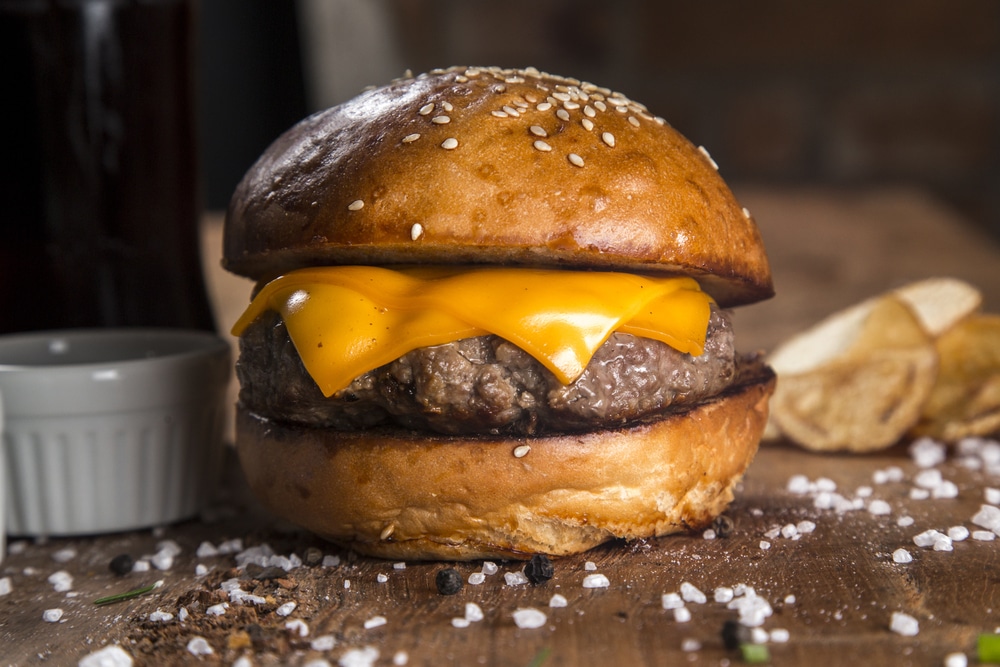 Perhaps more surprising is America’s first choice of sauce atop their cheeseburger. Whilst we just assumed it would be ketchup, it is in fact mayonnaise. Ketchup came in second and mustard third. Whilst the previous answers were to be expected, that one really is a turn up for the books.

So to summarise, America’s burger comes with pickles, a slice of American cheese, and mayonnaise. Well, it probably has some tomatoes, lettuce, and onions too. That sounds pretty darn tasty, right?. Now, how far did we get with National Cheeseburger Week again?

In the buildup to National Cheeseburger Day, we’ll be updating our website with some of the best cheeseburger deals we can find. Keep an eye on this page for all of the updates.