National Valerie Day is celebrated on March 14 each year. This day is dedicated to all women in the world named Valerie. The name originated from France, England, Ireland, Scotland, Germany, and even Scandinavia. This name day is one of the most important days because, after all, the first thing we learn about a person is nothing but the name. It is believed that a name lays the foundation for the development of individuality and indirectly affects the future of the person. On National Valerie Day, people gather together and celebrate the existence of another beautiful name like Valerie.

Valerie is a name derived directly from the French ‘Valérie,’ a name used only for females. The name is actually of Romanesque origin. The clan’s Latin name, ‘Valerius,’ is masculine and signifies ‘strength’, ‘health,’ or ‘courage.’ Valeriy is the male name equivalent in some parts of Europe, including France and Russia, and is also a common surname in French-speaking countries. Another much rarer French form of the masculine name may be Valėre. Feminine and masculine forms of the name are derived in many European languages ​​and are especially common in Russian and other Eastern European languages.

In Catholic Europe, these names have always associated a person with a saint such that the popularity of the name often reflected the importance of the cult of the saint. Several important saints have this name and were widely respected in the Middle Ages and recent times. St. Valerie of Limoges probably had the greatest influence on the spread of the name. Her cult was practiced on the path of St. James.

Sayers, an American author, writes “Brain Fever,” one of her six novels.

Valerie Gets a Star

American actress Bertinelli receives a star on the Hollywood Walk of Fame.

Valerie Joins the World of Politics

What could be the nickname for Valerie?

The most common nicknames for Valerie are Ree, RiRi, and Vee.

Are the names Valerie and Valeria the same?

Valerie is the French equivalent of Valeria.

What is the personality of a Valerie?

Valerie is described to be someone mysterious, independent, and respectable.

5 Facts About Valerie Thomas That Will Blow Your Mind

Why We Love National Valerie Day 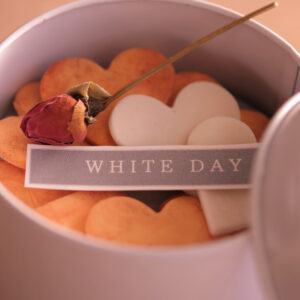