National Sex Day on June 9 is dedicated to the joys of having sexual relations, engaging in pleasurable activities, and exploring each other’s bodies. There is a lot more to it than just getting physical — it’s about connecting with someone and creating and enjoying this otherworldly experience.

Sex is a primal instinct that no living species is alien to. It has existed since the beginning of time and is what continues the circle of life. The origins of the holiday are unknown, but it is celebrated on June 9 because, numerically, the date is 6/9 — that infamous sex position. The word ‘coitus’ originally comes from the Latin word ‘coire’, meaning ‘to go together.’ It also referred to planetary alignment and magnetic force, before its meaning evolved, in 1885, into how it is used today in the sexual sense.

Although sex has existed forever, it was in India that the act became viewed as artistic and sophisticated. The history of sex took a pivotal turn when the first works of literature treating intercourse as science were written in India. Many people believe that sex education through literature and art was pioneered in India and, until today, India has been the center of new-age attitudes towards it. Many sexual practices started in India, such as kissing on the lips, before spreading to the rest of the world.

The most popular sexual text from India is the “Kama Sutra,” which revolutionized sex with its 64 variations of lovemaking. This literature was originally intended for use by warriors, philosophers, and the royals.

Through physical connection, the emotional bond between two people is also strengthened. From a purely scientific perspective, the purpose of sex is mainly for reproduction and maintaining a healthy body. There are many health benefits of sex, including lower blood pressure levels and a form of stress release.

The “Kama Sutra” is compiled in India.

The European church's powerful influence slams extramarital affairs and sex is viewed as only allowed for reproductive purposes.

Dr. Wilhelm Mensinga invents the diaphragm as an effective contraceptive.

Let’s Talk About it

The hit television show “Sex And The City” debuts.

Yes, especially when couples are still at the beginning of dating or marriage, aka the ‘honeymoon phase,’ or when they are trying to have a baby.

Is it OK to have sex every day?

Having sex regularly is the one time where having too much of a good thing won’t have any negative effects on the human body.

Why do we have sex?

How To Celebrate National Sex Day

5 Facts About Sex That Are Backed By Science

Why We Love National Sex Day 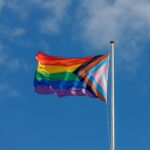 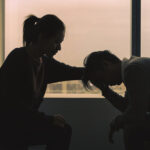